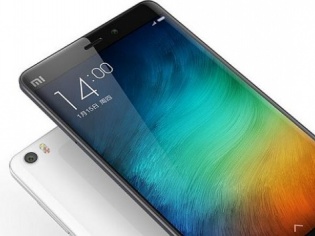 There are images being floated online for the new Xiaomi Mi5s handset that shows the handset with a premium glass finish, which would actually be pretty sturdy in design. Considering the estimate of the $600 price tag, the China based handset maker is not holding back on the premium features of the product, including the looks which ought to grab the major eyeballs form it. This follows as an upgrade from the earlier Mi5 launch this year, at the Mobile World Congress (MWC). However, some sources, like Firstpost, mentioned an all-metal chassis for the Mi5s handset, which throws open some room for speculation.

Pressure sensitive and 3-D displays have been known to an Apple forte as an offering on the iPhone. However, Xiaomi is using it to differentiate itself on the market by adding it to the upcoming Mi5s, and what many are calling the 'Note 2'. These features are obviously indicating a strong inclination of Xiaomi to place itself in the ultra-premium segment, without having a price tag of the other brands like Samsung and Apple.

The next hot feature being talked about is the ultrasonic fingerprint sensor and a rear dual-camera setup. While some say the images could be edited, Samsung might extend its sale of dual-camera unit to Chinese handset makers which could appear on the Mi5s. The ultra-sonic finger sensor could also be an addition, mainly for different application and functionalities on the handset.

While handsets do turn heads with the physical outlay, a lot depends on the engine placed inside. There is a discussion on whether the Mi5s will sport a Snapdragon 821 or 823 processor, with the rumored 6GB of RAM, which finally points towards the battery capabilities. The battery ought to be something more than the 3000 mAh, as a powerful engine and the strong display with drain a good deal of power. If this works out to be the case, then will the physical dimension of the Mi5s also change? Considering that a slimmer profile is the demand of the industry, putting in a strong enough battery might pose designing challenges.