Interesting indeed, given that the company was rumored to me making the next Nexus device as well 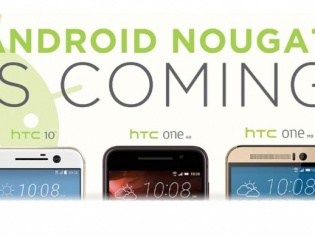 For all those who want to get their hands on Google’s Android 7 OS, start pre-booking your next smartphone from the HTC stables. For, the company tweeted to the world late last week that select models would come with the N update.

This makes the Taiwanese company amongst the first smartphone makers to incorporate the Android N or Nougat update for their phones. Of course, one wonders what would happen thereafter to the rumors of HTC being all set to manufacture the next Nexus device.

The phones from the HTC stable that would be getting the Nougat as its operating system include the HTC 10, HTC One A9 and the M9, according to the tweet from the official account.

In the recent past, Google had released the Android N4 Developer Preview in the form of the build numbered NPD56N. The phones that received this over-the-air update included the Nexus Series – 6P, 5X, 6 and 9 and the Nexus Player.

Most Android fans are keenly awaiting the updated OS, which offers improved performance, security and productivity, besides enhanced graphics due to added support for the new Vulcan API. In addition, the new build offers multi-tasking, notifications and split-screen functionality that helps phones sync with Google’s DayDream virtual reality (VR) platform.

In addition, Android 7.0 (Nougat) has also improved its battery saving mode that came with the earlier Marshmallow version. The device would now be able to save power by sensing the display getting switched off like when a user is walking or moving away from the screen