With features that target the youth as an audience, the Panasonic ELUGA smart phone comes in the competitive price range of INR 13,290. 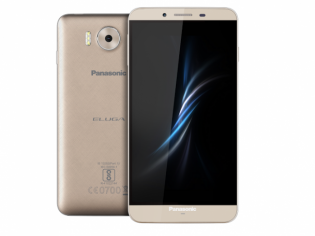 Panasonic has made a strong statement with the new ELUGA Note smartphone, targeting the youth of today, who are increasingly dependent on their devices to meet their online needs. The 5.5-inch Full HD IPS LTPS (Low Temperature Polycrystalline Silicon) Display does take the handset to a phablet category, but also line up other features like 16MP rear camera with triple LED flash and 5 MP front camera, which is what should grab the eye balls for them.

The rear camera features F1.9 aperture for better low light photography & 6P Lens for ultra-fast auto focus. The triple LED flash also helps a great, for getting in the right amount of light during the low-light conditions. The 5MP front camera has some decked up features like voice capture, the smile shot, and the gesture shot, which makes taking selfies easier without the need to having to tap the phone while taking the pictures.

The phone also comes with the custom FITHOME UI, which is company made for those looking to use the handset via 'thumbflick', or simply swap through the menus with only a single hand. There is also the IR sensor that helps control other devices around the house, by using the Panasonic ELUGA has a remote control.

Under the hood, the phone packs in a MediaTek processor operating at 1.3 GHz, trumped up with 3GB of DDR 3RAM and 32GB internal memory. Though some might spot out the processor clock speed to be lower, Pankaj Rana, Business Head of Mobility Division, Panasonic India talked about heating issues. Including a faster processor could well be a reason why the phones tend to heat up faster, which is something Panasonic is also trying to avoid. The battery paired with the device is a 3000 mAh, which might be a tad bit low for some users who like using their handset for a longer duration of time, but with the demand of the slim profile, the 8.1mm thin chassis, not much could be experimented with either. It also could bring to another concern, that 4G VoLTE is a part of the specifications, but then with lower battery backup, one might need to get more frequent cell charges. Commenting on the launch itself, Pankaj Rana, said, “Panasonic always believes in creating a better life and a better world for our customers. Eluga Note equipped with full HD display, faster processing power and superior camera empowers the consumer to perform all their task at ease thereby making their life smarter and efficient. We are confident with ELUGA Note, will enhance our market share as an emerging smartphones brand and further strengthen our position in the price band of INR 10,000-15,000”.

What makes the commercial angle of the ELUGA Note interesting is that Panasonic is keeping the sales open through the traditional offline mode. When Rana was quizzed, his simple reply was, “It is about diverting the price war. It is not that we do not like the online channel, but online medium makes it all about price and discounts.” When one notes how bigger brands get into touching the right price points, it leaves little to commerce from the producers side, and becomes more about the might of the online retailer to get a lucrative price tag on their site. So, till then from Panasonic, it is INR 13,290 for the ELUGA Note.