The utility of having to operate one's handset with eye-recognition technology will be a reality in India soon. 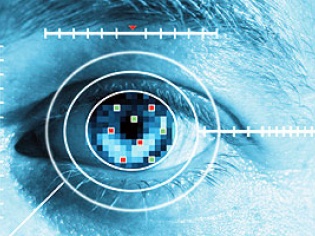 One of China's largest technology companies, TCL Corporation, is said to bring in a new technology for the Indian smartphone users which enables eye-verification. This would mean that users will be able unlock their phones with the help of biometric retina scans, which are unique to the user alone.

TCL would be selling its smartphones in over 170 countries, including India, in joint partnership with Alcatel, and will introduce the new handset in the country, during the 1st week of July this year.

The new device may sport a curved body design, 1.1 GHz processor, and will have generous offerings for selfie addicts.

However, the new technology of eye-verification is something unique in the industry today, and will allow users to unlock their phones by scanning their retina, which will be a much needed security feature for data confidentiality and privacy concerns. But, the information available to media has been limited thus far, and not much is known about the device.

According to market research firm IC Insights, TCL was ranked 10th in a list of the Top 12 companies, having sold the highest number of handsets worldwide, within the 1st quarter of the year. They are known for making other consumer electronics products, such as refrigerators, washing machines, air-conditioners, television sets, and mobile handsets as well.