While India Gets Used to 4G Speeds; U.S. Kicks Off 5G Plans | TechTree.com

While India Gets Used to 4G Speeds; U.S. Kicks Off 5G Plans 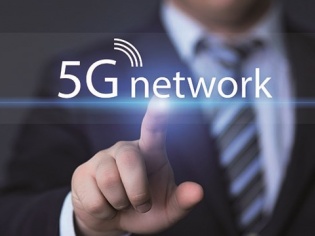 Just as most Indian smartphone users and a small percentage of the elite are getting used to 3G and 4G speeds respectively, media reports suggest that this technology is redundant, out-of-market, junk or call it whatever else one may term a technology that’s turning obsolete.

While discussions around 5G have been making waves (no pun intended) for some years now, this week’s proposal by the US Federal Communications Commission (FCC) to kick-off 5G Wireless proceedings, seems to indicate that the future is nearer that it had appeared earlier.

“If the FCC approves my proposal next month, the United States will be the first country in the world to open up high-band spectrum (wonder what they’d call the 2G now?) for 5G networks and applications,” Tom Wheeler, chairman of the Commission was quoted as saying in a article published on TheVerge.com (Read the full article).

Wheeler is keen that the United States leads the way in 5G deployments and emphasizes that the standards too would emerge from this process, as currently there are none. However, he sets his own standards by suggesting that 5G should be like mobile fiber offering speeds 10 to 100 times faster than what’s available in today’s spectrum.

Of course, doomsday predictions abound with the technology that revolves around 5G speeds. A major concern is that 5G would not travel far and cannot penetrate buildings. The solution could be extensive tower deployment, something that is already raising the hackles of environmental groups.

There is also the problem of developing new technologies that allows mobile devices to track down 5G signals in a manner vastly different from the way traditional wireless has worked through blanketing an area. Phones and other devices may need to get smarter to catch signals that are aimed and steered.

Of course, some activity has already begun around the project with Verizon conducting 5G tests in the United States and AT&T intending to follow suit later this summer. Google and Samsung had also reported some work related to 5G technologies, both from a hardware as well as software point of view.

So, when would all of this result in fruition? Opinion is diametrically divided amongst the current service providers who believe 5G could become reality within the next 12 to 18 months. Of course, the FCC chairman himself marks 2020 as the D-year and reiterates that he doesn’t want the FCC to be the bottleneck in the journey ahead.