Developed by researchers at MIT and University of Georgia, the system may help develop new computer interfaces. 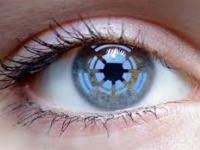 Scientists, including one of Indian-origin, have developed a new artificial intelligence software that can turn any smartphone camera into an eye-tracking device. A technology which can determine where in a visual scene people are directing their gaze. This technology has been widely used in psychological experiments and marketing research. However the required pricey hardware has kept it from finding consumer base.

To making existing applications of eye-tracking technology more accessible, the system developed by researchers at Massachusetts Institute of Technology (MIT) and University of Georgia may enable new computer interfaces or help detect signs of incipient neurological disease and mental illness.
Aditya Khosla, an MIT graduate student said "Since few people have the external devices, there is no big incentive to develop applications for them," Aditya Khosla, an MIT graduate student.

"Since there are no applications, there's no incentive for people to buy the devices. We thought we should break this circle and try to make an eye tracker that works on a single mobile device, using just your front-facing camera," he added.The application flashes a small dot somewhere on the device's screen,to gain user’s attention, then briefly replaces it with either an "R" or an "L," instructing the user to tap the right or left side of the screen.

Correctly executing the tap ensures that the user has actually shifted his or her gaze to the intended location. During this process, the device camera continuously captures images of the user's face. The data contains on average 1,600 images for each user.