Moto G4 To Be Exclusively Available On Amazon From June 22 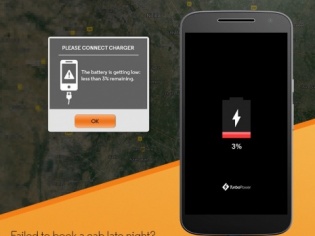 Moto India officially confirmed via Twitter that Moto G4 will be an Amazon exclusive in India while the company has not yet confirmed the pricing of the device.
Moto G4 features a 5.5-inch Full HD display with Corning Gorilla Glass 3. The camera specifications include a 5MP front camera and a 13MP rear camera with phase detection autofocus (PDAF). Moto G4 is powered by Motorola Mobile Computing System, including an up to 1.5 GHz Qualcomm Snapdragon 617 octa-core processor with 550 MHz Adreno 405 GPU.  The phone features Turbo-charging and a 3000 mAh battery.  The company has also stated that just 15 minutes of charging assures 6 hours of battery life. The smartphones has a 2GB RAM and 16GB which is expandable up to 128GB via microSD card.  Sensor features also include Fingerprint reader, Acceleromter, Gyroscope and Ambient Light. The smartphone runs on Android 6.0.1, Marshmallow.