The Asus ZenFone Pegasus 3 will be available in China. 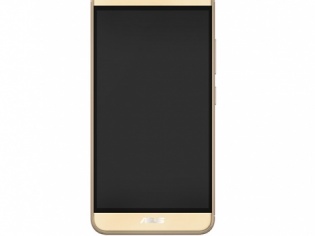 Pegasus 3 has a 5.2-inch HD 2.5D curved glass display, is powered by a 1.3GHz Quad-Core MediaTek SoC and runs on Android 6.0 (Marshmallow) with ZenUI 3.0.
It has a 13-megapixel rear camera with LED flash and a 5-megapixel front-facing camera. It has a fingerprint sensor on the back and has a 8.55mm slim metal body. It comes with dual SIM support, 4G LTE connectivity with VoLTE support and packs a 4100mAh battery.

As expect, this model is mostly targeted at China and isn’t sold outside of China at all, but may come to other regions in the near future. There’s nothing really special here but the relatively large battery should help with battery life unless there’s something glaringly wrong from a power efficiency perspective.
Last month, Asus at its Zenvolution event had unveiled the new ZenFone 3 series including the Zenfone 3, ZenFone 3 Deluxe, and ZenFone 3 Ultra - varying in different sizes and specifications.