Apple trying to innovate in a new direction. 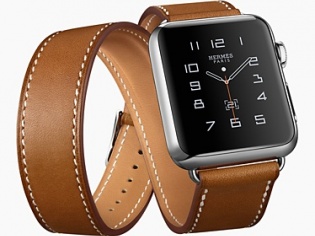 Fitness trackers routinely measure physical activity such as running and cycling and encourage people to stand up and walk around throughout the day. But if you're in a wheelchair, you're out of luck.

Apple wants to change that with an upcoming Apple Watch feature announced Monday. Instead of standing breaks, people in wheelchairs will be prompted to wheel or spin their chairs around regularly. Apple will also start tracking distance, speed and calories burned during wheelchair use, just as it does for walking or running.

The efforts could give Apple's smartwatch an image boost over stand-alone fitness trackers such as Fitbit, though the target market isn't likely large enough to significantly lift sales. In the first three months of the year, three Fitbits shipped worldwide for every Apple Watch, according to research group IDC. Apple hasn't released sales figures for its watch.

Jeff Williams, Apple's chief operating officer, said the feature isn't about market opportunities. "We want to make products that serve every walk of life," Williams said in an interview. "We realize that while it was great for messages on the wrist, we wanted to offer this group of people the same opportunity to get healthier using Apple Watch."

The Apple Watch already has larger watch faces for the sight-impaired and a mono audio mode for those with hearing difficulties in one ear. The upcoming watchOS 3.0 update will also have an option for "displaying" the time using Morse code and other tactile feedback.