Lenovo Rolls Out Android Marshmallow 6.0 For The K4 Note | TechTree.com

Lenovo Rolls Out Android Marshmallow 6.0 For The K4 Note

Go to phone settings... and update your K4 note now! 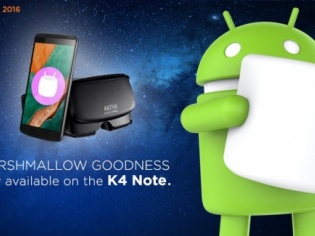 Lenovo has announced today, i.e., June 1, that one of the best selling smartphone of Lenovo, the K4 Note has started to receive the Android Marshmallow 6.0 update through OTA update.

The update which weighs around 1.6 GB will bring an array of new features and support including revamped app permissions, Google Now on Tap, Doze, adoptable storage etc.

Speaking about the roll outs, Lenovo has been pretty quick in giving updates to its devices and Vibe S1 and K3 Note were the recent ones to receive Marshmallow updates in May. However, Android Central expects Vibe X3 to be the next device to receive the update.

So, how to download? Well, just go to your phone's settings and update your device!

The K4 Note is the first device ever to have the TheaterMax technology that can create an immersive large screen experience boasting smooth graphics, lifelike surround sound and responsive 3D.

Without the need for dedicated library of games and apps, TheaterMax turns all your existing media and games into an immersive large screen experience boasting smooth graphics, lifelike surround sound and responsive 3D gameplay.