Google May Go Gaga On AI, But... | TechTree.com

...Stuff like this hasn’t done much for the home. 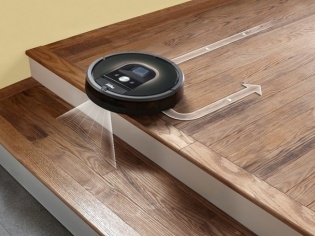 This is entirely inspired by a superior article I recently saw on Vox: Why robots and smart technology aren’t revolutionizing your house.

In my defence, I must say that I’ve often thought about the Roomba. It’s not ridiculously expensive, and depending on conditions, it can do the job well. It’s also cool. And the sales haven’t been bad either, since its debut in 2002. But why do the vast majority of vacuum cleaner-users in the world not use Roombas?

Here’s the key, and we’ll tie these together later: “I still have to tidy up the room before letting the Roomba loose.”

iRobot, the company that makes the Roomba, “built a couple of mopping robots, a pool-cleaning robot, and a device for cleaning out your gutters. None of them have been big hits. Other companies have tried to create internet-connected lawn sprinklers... and lightbulbs.”

Here’s another key: “The home appliances that have done the most to improve people's lives are the ones like dishwashers and washing machines that took a really time-consuming and tedious task and made it dramatically faster.”

Then, think about what kind of device really adds value. Say you get one of those central electricity control thingies, where you can switch on and switch off any appliance in the house. If the house is small, they don’t really help; if the house is large, you’ll have situations where someone comes asking why you switched off something.

Home surveillance: Can you trust a surveillance camera to take care of a baby? You can keep a watch, but you’d have to constantly keep looking at the feed. If you become dependent on the device, you might forget. In comes AI, and you say you want a device that will define dangerous areas and dangerous body positions. How hard would that be to define, and how confident can you be that it’ll work?

The problem for AI and “smart technology” is that humans are disorganised. I’m sure a Roomba would work with 99 percent efficiency on a factory floor after the employees have left (and if the floor plan could be programmed into the thing). But in the home or office, with clothes lying around and such, Roombas remain a useful toy.

As Mr Lee says, “washing machines and dishwashers are useful because you can wash dozens of dishes or shirts at the same time. And because all the action happens inside the machine, there's less room for unpleasant surprises.”

If machines are to be somewhat human to be more useful, we need to be somewhat machine-like to make them useful. We need to meet them halfway. We can’t let them do their thing in our unstructured world.