Tuurnt Registers 10,000 Users Within a Month 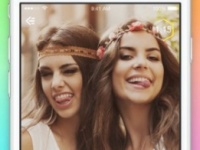 Sharing photos and videos has moved on from a one-way experience to an interactive chain letter with the new Tuurnt social media app. Users have a 24-hour window to add their own photo or video response to anyone else's post, turning a single multimedia post into a quilt of back and forth photos and videos. Tuurnt turns strangers into active participants, and it also gives a group of friends or families a way to stay in touch through a conversation of images and videos.

Earlier users watching a video clip or viewing a photo on social media would only be able to like it or comment on it. Viewers could only consume what someone else had created. Tuurnt allows everyone to join in on the media creation. A Tuurnt user starts out by posting a photo or video, adding hashtags or tagging friends. The Tuurnt is created and for a 24-hour period, users have a chance to "tuurn it up" by adding a photo or video to the sequence. After 24 hours, the final product can only be viewed.

According to "The 2015 US Mobile App Report" by Comscore, social networking is the leading app category people spend the most time on at 29 per cent. As of January 2016, there were just under 2 billion active mobile social users (1.968 billion) according to We Are Social. A Cisco report projects that 75 per cent of the world's mobile data will be video traffic by 2020.

"People respond to visuals in a basic way, and Tuurnt gives everyone the ability to express themselves non-verbally," says Fabrice Mishiki, founder of the Tuurnt app. "It takes social media to a whole new level. Sure it's fun to like or comment on a video clip. But what if you could add your own video clip directly as a response to theirs? Entire new conversations are created just using pictures, bringing together people from all backgrounds."

The app now available for downlaod on App Store