The regional operating system is having 5.6 % share in the smartphone OS market, while iOS and Windows have 2.5 % and 0.3 % respectively. 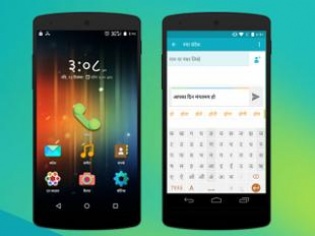 Which is the most popular operating system in the world? Well, we all know it - Android. But, which is the second more popular? Apple's iOS? Microsoft Windows?

With a market share of 5.6 per cent in the total smartphone operating system market during January - March, Indus OS managed to take down iOS and Windows which were reported to be having 2.5 per cent and 0.3 per cent market share respectively, according to a recent report by The Economic Times.

Indus US was first seen on Micromax smartphones, and is currnently loaded on 25 smartphones. Surprisingly, 1.4 million of these smartphones have been sold so far, making it the second most popular operating system in the world.

The Times of India had reported earlier in January that the Indus OS which was earlier known as Firstouch had signed a deal with Government of India's Department of Electronics and IT (DeitY) to develop a native operating system which allowed integreated text-to-speech technology in regional languages.

Speaking about the regional operating system, it is popular for its 'swipe to translate' feature which enables you to translate any text message from English to your regional language. Also the OS has built keyboards for 12 regional languages. Interestingly, they even make predictions while you type much like English keyboards out there in the market.