My Real Games Announces New Title Drop for May | TechTree.com

My Real Games Announces New Title Drop for May

Users can enjoy new features and updated games on the go. 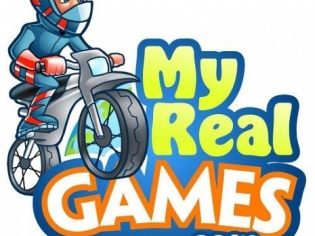 The free games website, My Real Games has announced its lineup for new titles slated to feature on the site in May. The list of games for online, download and mobile has a decidedly retro feel with a host of old-school favorites making the grade.

The site, which offers full length games for multiple devices typically adds a selection of new games at the start of each month across a host of genres. Visitors to the site in May will notice the new additions in three categories including mahjong, 8 ball pool and jigsaw puzzles.

One of the first new games to hit the site for May players is Sakura Day Mahjong. The ancient tile challenge takes gamers to the mysteries of the Orient, to lost Wind Valley, the magical Emerald Waterfall and majestic Imperial Garden. The puzzles can be assembled to suit any taste and any time constraints, with short and fast games to tax players in a few spare moments or epic challenges of 200 tiles and 15 layer levels. There are six unexplored worlds to be discovered over 7 hours of game play to enjoy.

Also new in May is Green City: Go South, a PC downloadable time management title. The free to download game calls on players to use their building savvy to create a green city out of the open sea. Gamers can reclaim land to build a beautiful island but must use recycled garbage to construct their creations. Green City: Go South is packed with six
thrilling quests, 48 unique and challenging missions and a host of green upgrades for eco-savvy engineers in the making to claim as their own.

For gamers favoring the ever-popular hidden object genre, Manor Memoirs has justlanded on site. Join best-selling author Scarlett, who is suffering from writer's block and has lost her inspiration. Players can explore her beautiful 19th century mansion,finding long lost treasures and artifacts for garage sales, helping Scarlett raise the money she needs to restore her crumbling mansion to its former glory.

Strike Solitaire 3: Dream Resort rounds off the first batch of hot new games making their debut in May. With 120 levels of varying difficulty to conquer, gamers can play solitaire and bowl strikes to their heart's content.

Nikolai Veselov from MyRealGames.com helped to select the latest installment of new games for visitors. He said, "These are just the first of our new games for May. With such a range of genres there is something for everyone to enjoy and lots more titles to come later this month."