The “Voice of Life App” designed by Samsung records the mother’s heartbeat and voice while the baby is nursed at the neonatal care. 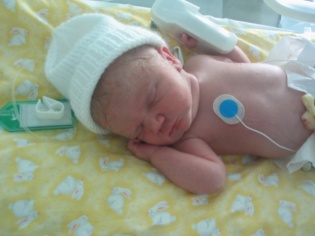 With Mother’s Day round the corner, Samsung released a video on YouTube, suggesting the release of a new app that could help premature babies stay connected with their mothers.

The news first appeared on Engadget, the video shows the struggles of parents of premature babies. The “Voice of Life” App allows the mother to record her heartbeats and voice which would be transmitted to the baby’s incubator that would create ‘a virtual womb’ experience for the baby.

Studies and reports suggests that the sound of the mother helps in the cognitive development of the baby and helps in building the bond between the mother and child.  Samsung is developing a solution that would help parents combat the stress of having a premature baby as the app would allow the mother to talk and sing to the baby which is an emotional way of comforting the baby while in neonatal care at the hospital. The mother can sing a lullaby and the baby can feel comforted by the sound of the mother’s voice.

Samsung has not yet made any official announcements regarding the launch details or the potential collaborations. However, the new technology will be a blessing to many parents who have given birth to premature babies.