The smartwatch with brand new features is priced at INR 19,999 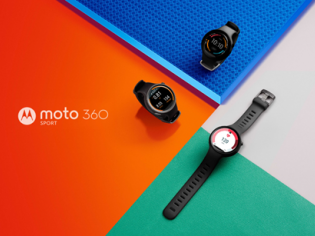 The second generation of Motorola’s Moto 360 smartwatch Moto Sport 360 has been launched exclusively on Flipkart. The sport watch is available in black at INR 19,999.

The Moto 360 Sport has a built in GPS with Moto Body to keep a track of the distance travelled, pace, etc. of the user. The silicon construction of the watch is sweat resistant with side ventilations. Moto Sport is compatible with fitness apps such as ‘Map My Run’, ‘Under Armour Record’, ‘Strava’, ‘Google Fit’ and ‘Fitbit’ while the Moto Body records work out data and syncs the app to update the user’s work out history. Moto 360 sport continuously tracks heart rate during a run to monitor user performance and Moto Body measures the time spent in different heart rate zones to assess fitness quality. Users can view a detailed summary of their weekly progress and fitness information using the Moto Body phone app.

Motorola AnyLight is the world’s first hybrid display that allow clear vision both indoors and outdoors. The classic round design of Moto 360 Sport features edge-to-edge glass and an exceptionally thin bezel, giving you the most viewing area in the least amount of space. It reflects natural light that gives screen clarity.The sport watch also enables users to read Gmail messages and calendar invites, use WhatsApp,as well as receive traffic and weather updates. You can sync your favorite playlists and podcasts from Google Play Music with Moto 360 Sport and listen to it using a Bluetooth earphone while working out. The 300mAh battery runs up to a full day of mixed use with Ambient on.5 and is inclusive of wireless charging with charging dock.