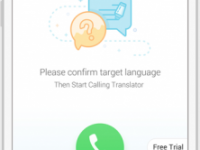 Takeasy App Team, developer of the world's first remote real-time & live-human translator app, has launched  the translate app TAKEASY with brand new features and enhanced user experience, including an instant one-to-one calling service, which makes the translation process much more personalized and exclusive for each user.
The travel enthusiasts will benefit from the app, as they no longer have to scour translators to help communicate in the local language while on the go. The app is touted to enhance the travelling experience without the local language being a hindrance in find the right accommodation, restaurants and interacting with local vendors.
A recent Takeasy survey of people from over 80 countries, illustrates  that the language barrier (31%) is the second biggest problem that people face. This was second only to budget (33%), and topped difficulty of the travel route (29%), lack of tourist attractions (24%), cuisine (23%), culture (19%) and traffic (14%). What's more, over half of those surveyed (57%) have always experienced language communication obstacles, with another third (30%) saying that they sometimes run into this problem.
Almost every mobile or PC translation application provides only text translation in words or short sentences, however due to variable contexts and situations , these "traditional" translation services cannot meet the needs of most travellers. Based on the survey, more than 80% of people prefer multiple methods such as call, picture and audio of translation service over text-only translation. Based on these results, Takeasy redesigned a creative new version of their translation app to include the major feature of live-human translation. Users can make an online call to directly connect to a professional translator anytime and anywhere, and they can also send text or pictures to the translator at the same time.
Takeasy is launching their live-human translation app to cover 8 major languages in its initial version, with more languages to be covered in later versions. It's time for users to experience this exclusive and personalized one-to-one translation service rather than "code machine translation."
The app is available on App Store and Google Play Store.