Is Apple Moving from OS X to Mac OS? | TechTree.com

Is Apple Moving from OS X to Mac OS?

(Or was it just a typo on its website that caught the fancy of the fan-boys?) 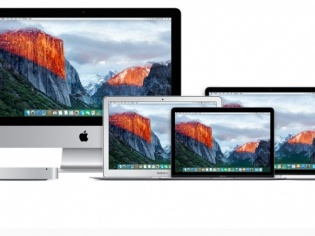 Anything and everything that happens at Apple’s Cupertino headquarters makes headlines. For that matter, anything that does not happen also makes news. So, when the grapevine began buzzing with reports of a possible rechristening of Apple’s operating systems, one had to take note.

All leading digital publications in the West carried reports of how Apple was planning a change of branding. “The next version of OS X could be called MacOS” screamed TechCrunch.com suggesting that it would indeed be a welcome change that makes a lot of sense.

The article said that the first hint of this branding change came from none other than Apple’s Senior Vice President of Worldwide Marketing Phil Schiller. It further pointed to a configuration file with the new name followed by a reference on the company’s own website.

Another website 9to5Mac.com provides details of the web page where Apple has provided answers to several questions related to the company’s commitment to the environment. The page attracted fan-boy attention because instead of referring to its desktop operating system as OS X, it talks about Mac OS, in the same breath as TV OS, iOS and Watch OS.

So, what does this mean for the customers? Analysts hold the view that if the company is indeed considering a change of name, it could only mean one thing, – that it is striving for standardization across its various platforms. In the immediate future, this could mean nothing for the customers.

If the company does switch over from OS X to Mac OS, there is still no clarity on whether the naming convention that it had initiated in 2013 would continue. It may be recalled that Apple began calling each version of its operating system after a California landmark.  There was the Mavericks, the Yosemite and now the El Capitan.

Apple had come out with successive versions till Mac OS 9 before replacing it with Mac OS X in 2012. Reports suggested that this move was aimed at differentiating the device from the software. Similarly, the operating system on the iPhones became iOS and remains so till date.

Of course, the world will have to wait to know the truth. Indications are that the truth will out in June during the WWDC (developers’ conference).

Meanwhile, this morning when we checked the Apple page that kick started these rumors, we found that the reference to Mac OS has been removed and OS X had once again replaced it!