Intends to manufacture 1 million smartphones from its Noida and Greater Noida facility. 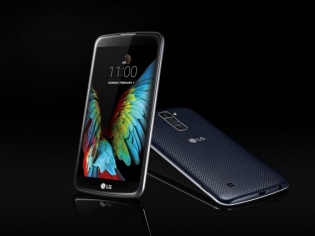 South Korean Electronics giant LG has rolled out two new mid-range smartphones, K7 and K10 at a price tag of INR 9,500 and INR 13,500 respectively.
The K7 smartphone packs in a Qulacomm Snapdragon chipset, coupled with 1.5 GB RAM and runs on Android 5.1 Lollipop operating system. The device also offers a 5 inch In-cell touch display and a 5 MP camera on both front and rear ends of it.
The K10 smartphone on the other hand has been blessed with Qualcomm Snapdragon processor coupled with 2 GB of RAM. The smartphone sports a 5.3 inch HD In-cell Touch Display along with a 13MP primary camera.
Both the devices offer support of 4G LTE, VoLTE as well as VoWi-Fi. LG claims that the two smartphones will be manufactured in India in its Noida and Greater Noida based facilities, aligning with the Make In India initiative of the Government of India.
The company expects to manufacture a total of 1 million smartphones (including K7 and K10 ) from the these facilities in a time span of 1 year.
LG also states that the both these smartphones will only be sold offline.
Below are the detailed specifications of the launched smartphones