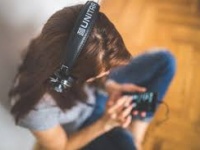 The online music streaming app Saavn is slated to launch its original programming starting May 1st. Saavn will launch 9 new podcasts under their ‘Original Programming Service.’
Saavn has collaborated with Indus Vox Media and Arré to produce podcasts. The line-up of shows would include a two series from the acclaimed radio presenter Neelesh Mishra, a comedy show by Cyrus Brocha and a show on cricket by analyst Ayaz Memon. The ‘Artist -in -residence’ program has been launched to promote upcoming new talents in music. Saavn has roped in popular artist Nucleya as the first in-house artist.
"We have kept the length of the shows under 25 minutes so people can listen to it while travelling or drinking tea in the morning. Mobile phone acts as a radio and TV both, we want people to carry the music and stories with them in our App. In the coming months, we will see the response of the users and modify our shows according to that", he added.
"Our focus at Saavn is to serve better content to the customer based on data analytics. After launching our original series, we would analyze parameters like what genre people listen to at what time, what podcasts are shared and listened to the most by users and what are the average streaming sessions. This would help us improve the quality of the shows,"said Gaurav Sharma, VP of Data science at Saavn.
Saavn currently streams in 196 countries and offers over 30 million tracks in 13 languages and partnerships with over 900 labels, including T-Series, Sony, Universal, Saregama, Tips, Eros, YRF and Warner Music.