Features a dual lens camera engineered in association with Lecia. 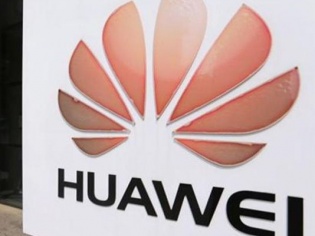 China's Huawei Technologies presented its on Wednesday, featuring a dual-lens camera co-engineered with Germany's Leica that it hopes will set it apart from all the other Android devices on the market.

The P9, Huawei's flagship device, is the first result of the tie-up between the world's third biggest smartphone maker and Lecia Camera AG, a 102-year-old firm whose cameras have shot some of the most famous images in the history of photography.

Huawei said consumers were increasingly focused on the photographic capability of smartphones, and the company wanted to partner with the best in the field.

The dual-lens 12-megapixel camera on the rear of the device separately captures monochrome and colour images, and combines them to create more detail, depth and brighter colours than rival single lens cameras, he said.

Leica said the collaboration went far beyond just branding, with the two companies working together on lenses and image processing technology.

"A lot of people would like to have our red dot and put it on their product," said Leica's Chief Executive Oliver Kaltner.

"This is not what we are. We are the centre of optical excellence worldwide, and we should take advantage of that knowledge."

Photography dominated the event as professional snappers including Mary McCartney and David Guttenfelder from National Geographic took to the stage to show what the device could do.

There was little fanfare for other features, like a 5.2 inch display and Android 6.0 operating system, that are largely in line with launches from rivals such as Samsung and Xiaomi.

Roberta Cozza, research director at Gartner, said Huawei's technology was "great" but the company needed to innovate in areas like software to become a trend setter.

"They need users to pick the brand or upgrade within the brand from maybe a mid-tier, and the more they go into the premium end, the more they have to stand out as an overall experience," she said.

Huawei, which leads the pack of Chinese smartphone makers, however is confident the P9 will help it gain ground on market leader in terms of volume Samsung and second-placed Apple.

It became the first Chinese company to ship more than 100 million smartphones, recording a 44 per cent jump in devices to 108 million last years.