DOT makes it compulsory to display emission levels on the handset and at retail outlets. 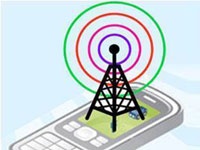 After the government declared that mobile phone tower emission levels are safe for human beings, in a stark contradiction, the Directorate of Telecommunications (DOT) has come out with strict radiation emission rules for not just towers but also for devices. The agency will set emission levels for all handsets sold in India and will make it mandatory to display these findings not just on the handsets, but also at retail outlets from 1st September. DOT has further said that all parties — including handset manufacturers, mobile phone companies, and tower companies — will be informed about the deadline and all pertinent details before April-end.

The Specific Absorption Rate (SAR) value, used to measure radiation levels, describes the amount of radio waves absorbed by body tissue when a phone is in use. The new guidelines state that cellphones imported and sold in the country should have a SAR level below 1.6 Watts per kg. Unofficially, India has been following European norms, which state that the maximum SAR level must not exceed 2 W/kg, and reports suggest that as many as 650 models of low-end Chinese phones don't match up to these new standards.

Apart from compliance reports from tower companies, manufacturers will also have to mention radiation emission values on the device, its manual, the box, product website, and on the telecom department's web portal. However, as a result of these regulations, mobile phone prices are expected to rise by a minimum of Rs 400. Moreover, all handsets will have to be retailed along with a hands-free device, since the government is of the opinion that it will help in cutting down exposure to radiation drastically.

You could get in touch with Dr.Girish Kumar of IIT Bombay and his daughter Ms.Neha Kumar who are fighting hard to get the mobile tower operators to reduce the radiation levels, when the towers are hosted in residential areas. Read more here: 1. http://www.ee.iitb.ac.in/~mwave/workshop2.htm 2. http://neha-wilcom.blogspot.com/ They have done extensive studies in this regard and have been fighting with the govt for long.
Submitted by MA on Tue, 28/08/2012 - 17:50

Hi MA, Congrats on being the first person to reach level 4. You have won yourself a surprise consolation prize. Check your email for more info.
Submitted by Rizwan Memon on Mon, 03/09/2012 - 12:43

Hi Rizwan, Thanks for the same. Frankly, I do not know what this actually means, but, I noticed a few days ago that my posts have a deep-maroon color and "Level 4" appearing along. It is good to know I get a surprise prize too :) I have checked my mail and replied back to the same too.
Submitted by MA on Tue, 04/09/2012 - 10:03
News Corner