The wearable camera is waterproof, dustproof and even freezeproof offering sports enthusiasts a better solution. 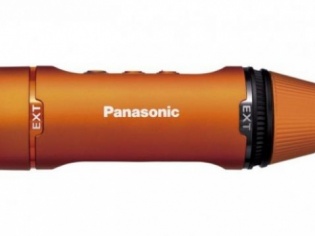 Panasonic has recently launched its wearable camera dubbed as the HX-A1 which is pretty much popular among the extreme sports enthusiasts.

While being priced at Rs 19,900 in India, the waterproof HX-A1 is pretty much light in weight and comes at nearly half the price of the GoPro Hero 4.

The HX-A1 is waterproof upto 1.5 metres without any extra housing while also being dustproof.

Interestingly, Panasonic has made the wearable camera even freezeproof upto minus 10 degrees C.

The HX-A1 also features a 0 Lux Night Mode and an IR filter allowing users to capture video even in full darkness. Speaking about the technical specifications of the camera, it comes with a 3.54 MP MOS sensor with f/2.8 aperture which is capable of capturing video up to full HD resolution.

The camera comes with a Multi Mount which allows users to mount in anywhere, from on to goggles to shoulder bags or helmets or even a tripod.

Interestingly, the HX-A1 comes with the WiFi connectivity and thus users can easily transfer every video footage immediately on to their laptops or other devices.