The smartphone also comes in a limited ceramic variant with a price tag of Rs 22,999. The much rumoured smartphone by OnePlus, the OnePlus X has finally been launched in India at a price tag of Rs 16,999 for the Onyx finish model.

Speaking about the technical specifications of the budget smartphone by OnePlus, it comes with a 5 inch AMOLED display screen while being powered by a Quad Core Snapdragon 801 CPU coupled with a 3 GB RAM and 16 GB internal storage which can be expanded via a microSD card.

Adding further, the OnePlus X comes with a 13 MP rear camera with F2.2 aperture and an 8 MP camera in the front for clear selfies. 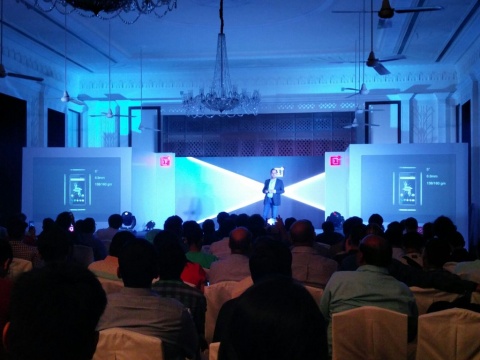 The company is boasting that the OnePlus X can focus in just 0.2 seconds which is pretty fast when compared to many other smartphones that comes with higher price tags.

It also comes packed with a 2,525 mAh battery which the company claims to keep the smartphone alive through out the day.

Keeping the price point of the smartphone in mind, the USP is that it comes with Gorilla Glass both on the front and rear.

On the software end, the smartphone runs on Oxygen OS based on Android 5.1.1 which is said to be optimised for better battery life.

Another new addition in the OnePlus X smartphone is the company's new app which it calls as the 'OnePlus Radio' which allows users to listen to radio stations anywhere.

However, apart from the Onyx finish model, the OnePlus has also launched a limited edition Ceramic model priced at Rs 22,999.

Looking at the specs, the OnePlus X looks pretty similar to the OnePlus One, though the screen size is a little smaller now.

Additionally, the company has also unveiled a couple of cases made specially for the smartphone from Rosewood, Black Apricot, Bamboo, Karbon and Sandstone. Also, the company has unveiled a new pair of earphones dubbed as the OnePlus Icons which the OnePlus claims to offer high quality of music.

While everything seems fine, the smartphone will be available for purchase from Nov 5 only through the Invite System like the other two smartphones previously which may disappoint a few as the whole procedure of Invite System may turn off the interest.