Facebook Is Fixing Its iOS App, Delivers A Quick Fix Update For Now

Giving reasons as to why things went wrong, the social network is working to make the experience better. 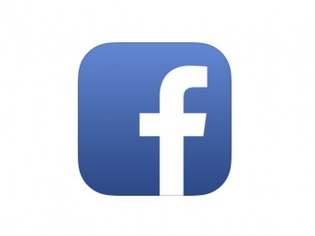 If you are one of those who immediately uninstalled the Facebook app from your iPhone after reading up on its battery drain issues, well Facebook has finally opened up as to why it was happening and issued a temporary fix.

Facebook has just pushed out an update to its app on the App Store, that somewhat fixes the battery drain issue that many iPhone owners have been complaining about.

Facebook engineer manager, Ari Grant put out a status update explaining that the battery drain has been fixed to an extent with the new update and that users should notice improvements on the iOS 9 devices.

The update fixes a couple of problems as Ari made things pretty clear in his post. 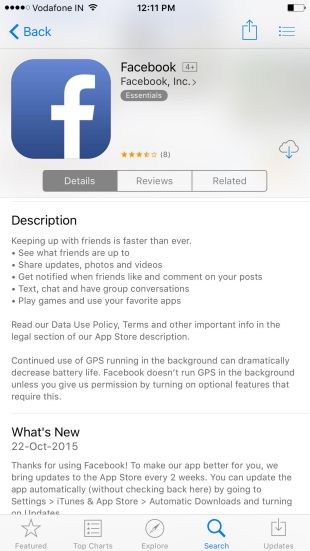 The first issue was to do with CPU spins that apparently made the app make repeated requests for things that were not needed and that lead to a massive battery drain.

The second issue was to do with audio sessions as the engineer explained “If you leave the Facebook app after watching a video, the audio session sometimes stays open as if the app was playing audio silently. This is similar to when you close a music app and want to keep listening to the music while you do other things, except in this case it was unintentional and nothing kept playing.”

For now both the issues have been worked upon with the updated Facebook app. Moreover, the engineer mentioned that turning off the Location History settings on your iPhone will not help the app in changing its current battery usage even in its updated state.

For now, Facebook has advised against continued GPS usage running in the background, which can reduce battery life, but you can only blame the app if you have turned on the feature for it in permissions.