IFA 2015 showcased some of the new flagship devices with spectacular features and premium designs. 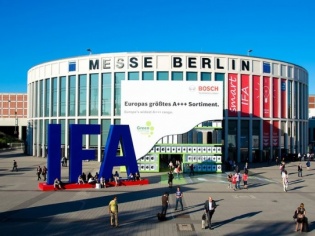 IFA 2015 has been a tremendous success and showcased some cool electronic gadgets and mobile devices for consumer use.

While many companies launched a number of electronic device at the Europe's popular tech expo, the smartphone segment showed up some really interesting devices by big players in the industry.

Here is a list of best 5 smartphones among those launched at the IFA 2015. Mate S Force is the much talked about flagship smartphone by Huawei which comes with the Force Touch technology before Apple could unveil it on iPhone 6S. The smartphone is capable of detecting the pressure of your finger touch and respond accordingly. Brushing about the technical specs of the Mate S Force, it comes with a 5.5 inch display screen with Corning Gorilla Glass 4 for protection, octa-core HiSilicon Kirin 935 processor, 3 GB RAM, 32 GB / 64 GB built-in storage along with a fingerprint sensor on the back of the phone. The device's storage can be expanded via microSD card up to 128 GB and also runs on Android 5.1 Lollipop. 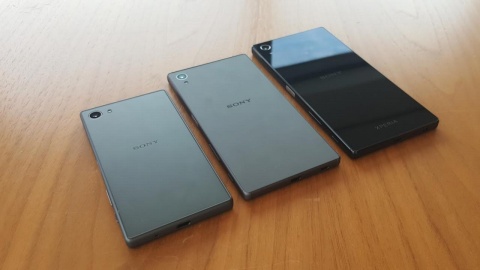 At the IFA 2015 tech expo, Sony was also another company to launch its latest flagship device. The Xperia Z5 comes with a 5.2 inch LCD IPS display with full HD while being powered by a 64 bit octa core Snapdragon 810 processor. Other technical features include 3 GB RAM, 32 GB storage which can be expanded up to 200 G via microSD card, 2,900 mAh battery, 23 MP rear camera and 5 MP front camera. The smartphone runs on Android 5.1 Lollipop. The smartphone also comes in two other variants - Xperia Z5 Premium with 4K display and Z5 Compact with 4.6 inch display screen. Alcatel OneTouch Go Play is claimed to be a shockproof smartphone with IP67 certification making it dust proof and water resistant. The smartphone comes with a 5 inch 720p TFT display, quad core 1.2 GHz Qualcomm Snapdragon 410 processor, 1 GB RAM, 8 GB inbuilt storage along with 8 MP sensor at the back and 5 MP sensor in the front making up the camera section of the smartphone. The Go Play smartphone also comes with a 2,500 mAh battery and runs on Android 5.0 Lollipop operating system. 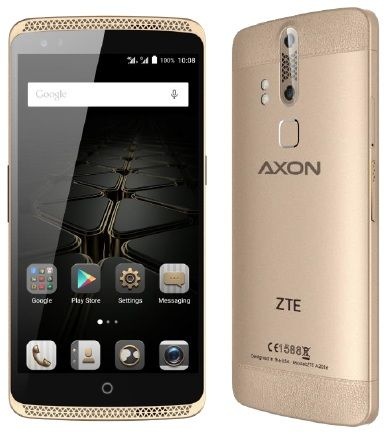 ZTE Axon Elite is a dual SIM smartphone which comes with specifications quite similar to the original ZTE Axon. While the company launched global version of its Axon smartphone at IFA 2015, it is still not officially announced about its entry in to the Indian shores. However, the ZTE Axon Elite features a 5.5 inch display, 64 bit octa core Qualcomm Snapdragon 810 processor, 3 GB RAM, dual lens rear camera with 13 MP and 2 MP and 8 MP front camera for selfies along with a 32 GB built-in storage. The smartphone comes with a 3,000 mAh non-removable battery. The Lenovo Phab Plus comes with a huge 6.8 inch display and is powered by a Snapdragon 615 processor, 2 GB RAM, 32 GB internal storage which can be expanded via microSD card slot and a 3,500 mAh battery. The camera section includes a 13 MP rear camera with dual LED flash and front camera comes with a 5 MP sensor. The phablet also has another variant with 6.98 inch display while powered with octa-core Qualcomm processor and 1 GB RAM. However, it comes with a 4,250 mAh battery.