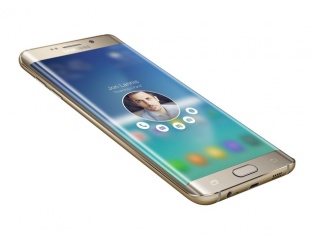 Useful or not, but the curved screen (on sides) is a head turner. The metal and glass provides this handset a premium feel. Gone are the days, when Samsung was mocked for using flimsy plastic for its flagship phones. 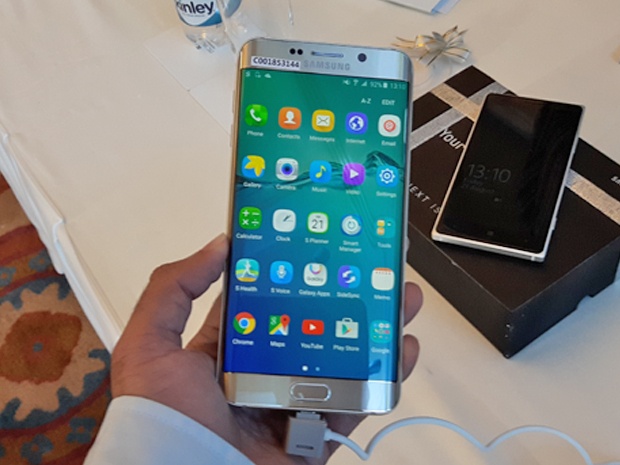 By ditching removable back panel, Samsung has managed to pull off a super sleek for the S6 edge+. However, I'm sure that most Android fans are going to miss the user replaceable battery and the microSD card slot.

Display
Samsung is hard to beat when it comes to screens, and the S6 edge+ is no exception. The phone sports a 5.7-inch Quad HD screen with curves on both sides. With pixel density of 577 ppi, sharpness is more than you could ask for.

What makes this screen special is the colour reproduction offered by the AMOLED screen. Even the best of LCD screens can't come close to the contrast and blacks offered by OLED panels. These screens offer incredibly vibrant colours because the lack of backlighting that diffuses colours in LCD panels.

Specifications
The Galaxy S6 edge+ is powered by an octa-core Exynos 7420 chipset. To please the specs happy Android fans, Samsung has thrown-in 4 GB RAM. In India, you only get the 32 GB variant. That's a bit disappointing considering the phone lacks a microSD card slot.

Connectivity essentials such as Wi-Fi, Bluetooth 4.2, A-GPS, and NFC are covered. Battery capacity is 3000 mAh. The phone packs-in wireless (induction) charging. Those who will purchase it before 31st of August will get a free wireless charging plate.

Samsung is never shy of adding sensors to its phones. The latest one features a fingerprint scanner, heart-beat monitor, and IR port (can be used as a TV remote).

Software
In terms of software, you get Android 5.1.1 (Lollipop). The TouchWiz UI is still present, but has been significantly toned down. To give it a modern touch, Samsung has added a 'Briefing pane' to the homescreens. It looks a lot like HTC's BlinkFeed that aggregates news based on your preferences.

Thanks to the specs overkill, the phone runs smooth. Considering that the phone is powered by an octa-core chip with 4 GB RAM, it better be swift.

The Korean company has added software bits to make use of the edge screen. For instance, the screen displays snippets of information from your chosen interests such as sports, stocks, and weather. You can also put a night clock on the Edge screen. You can also add up to five colour coded contacts to the edge screen. This allows you to identify the caller even when the phone is sitting face-down.

Sure the features are fancy, but nothing can be labelled as essential. For more info, keep an eye out for a full review.