Battle Of The Flagship Killers: Moto X Style Vs OnePlus 2 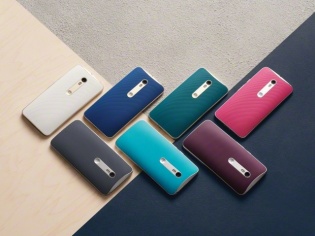 July is turning out to be quite eventful for Android fans. Handsets from Xiaomi, OnePlus, and Motorola have been launched in quick succession. Some of them, such as the OnePlus 2 and Moto X Style directly compete with each other. So if you are wondering which one of these is a true flagship killer, here's a quick specs comparison:

Screen
The Moto X Style features a 5.7-inch IPS screen. Motorola has gone all out in terms of pixel count. The screen has Quad HD (2560x1440) resolution, which translates to 515 ppi. OnePlus, with its 'Never Settle' tagline has ironically settled for 5.5-inch Full HD screen. The panel type is similar to that of the Motorola. Shame, none of these devices can compete with OLED screens found on most Samsung phone when it comes down to colour reproduction. Firepower
Here's comes the most discussed topic among the Android users -- the processor and RAM. The notion is that bigger the number, better. The Moto X Style packs-in Qualcomm's Snapdragon 808 chip. To handle gaming, there's Adreno 418 GPU. The phone comes with 3 GB RAM. On the other hand, the OnePlus 2 is powered by Qualcomm's Snapdragon 810 SoC (System on Chip). The GPU is is Adreno 430, and there's 3 GB RAM in 16 GB version. The 64 GB variant has 4 GB RAM.

Camera
Motorola is clearly serious about the photography department The Moto X Style has a 21 megapixel rear camera dual LED flash. For selfies, there's a 5 megapixel snapper. OnePlus 2 has a 5 megapixel selfie camera. However, in terms of main camera, it settles for a 13 megapixel module.

Storage
The Moto X Style comes in 32 and 64 GB versions. It also allows you to add another 128 GB via the microSD card slot. OnePlus offers two variants - one 16 GB and another 64 GB. A downer here is that the OnePlus 2 lacks a microSD card slot. Say goodbye to expandable storage.

Misc
The OnePlus 2 has a fancy fingerprint scanner as a security feature. Motorola has put its money on more useful feature that is IP52 certification. This means that the Moto X Style is water-resistant up to certain extend. Motorola also offers NFC and fast charging support. These things are missing in the OnePlus 2.