The ease of using Windows 10 across devices and making it free are some of the best features. 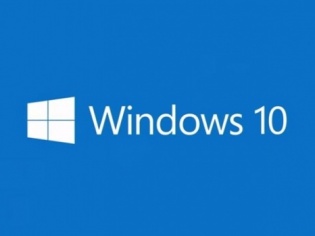 There are a lot of expectations from Windows 10. After getting it completely wrong with Windows 8, Microsoft has worked really hard on Windows 10.

As the launch date closed in Microsoft has been pushing as much as 1GB in patches after it had released the beta program in October 2014. This is good news because the company is working hard to fix all the flaws before its official launch on July 29.

This will also be one of the biggest launches by Satya Nadella, ever since he took over the leader’s mantle at the software giant.

Here are some of the interesting new features

1.       It is free: A few years ago, Microsoft offering something for free was unimaginable. Times have changed and all those who have Windows 7 or 8.1. This announcement was made in January and according to the company there will be no charge for the first year. It is also very unlikely that Microsoft will go in for a paid version after that.

2.       Start Menu: The start menu returns to the place it where really belongs – the bottom left corner. This is a step back from the Windows 8, but one half of it is very similar to Windows 7. There is an addition of the Live Tiles. So this is an attempt to appease both desktop and touch screen users.

3.       Cortana: The digital assistant rival of Siri and Google Now is familiar to the Windows smartphone users. With Windows 10 it will make its debut on the desktop too and will sit next to the start button. You can invoke it by saying ‘Hey Cortana’ and it will search across your hard drive, as well as the cloud and the web, bundling the results into a single pop-up menu. It also comes with a typing interact option. 4.       Universal Apps: This is good news for those using more than one Windows device. A bundle of apps including Photos, Videos, Music, Maps, People & Messaging and Mail & Calendar will look and feel the same across different devices and screen sizes. The data will also be saved and sync automatically via OneDrive.

5.       Edge: Yes the Microsoft’s Internet Explorer will be replaced with Edge. The new A smarter Bing-powered search, built into the address bar, draws results directly from the web as you’re typing. Weather forecasts, for instance, automatically appear in a pop-up menu below the address bar. Expand that predictive search to stores, restaurants and other items of interest, and it could circumvent the need to visit Google’s search page entirely.

6.       Continuum Mode: This feature will make life easier by detecting the screen size and tailor the display accordingly. The OS moves easily between laptop (keyboard/mouse) and tablet usage modes automatically.

Along with these, Windows 10 also has features like Xbox App and streaming. It will also signal the death of Windows Phone as the mobile will also be running the smartphones on Windows 10. This is also done with an idea of bringing in all the devices into one ecosystem, which will all be about Microsoft’s ‘Mobile First, Cloud First’ approach.