Home » Internet » Car Hacking Just Got Real: Why Connected Devices Are Under Risk

Car Hacking Just Got Real: Why Connected Devices Are Under Risk | TechTree.com

Car Hacking Just Got Real: Why Connected Devices Are Under Risk

From cars, aeroplanes to Formula One cars anything that has an onboard computer and connected to internet can be hacked. 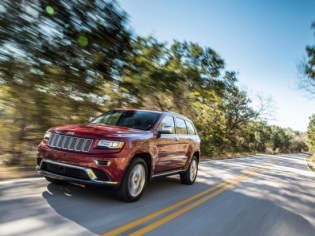 In an attempt to make our life connect with the everyday objects, we are offering a free invitation for the hackers to fiddle with our life or even take control of it.

The latest recall 1.4 million cars by Chevorlet comes in the wake of a Jeep Cherokee being hacked. The vehicle was brought to a stop along the side of the high way by security experts, who were 10 miles away.

While this the first incident, this will surely not be the last.

For starters Chevorlet is not the only brand that builds connected cars. From Tesla, the most connected consumer cars, to Mercedes everyone is trying to meet the ever increasing demand for connected vehicles.

The scariest of all the incidents was in May, when a cybersecurity consultant managed to hack into the computer system abroad an airliner and even managed to control the aircraft engine during flight. Just think if this done by a terrorist sitting thousand miles way.

Using the same theory and using the loopholes in the codes, people can hack into any of the connected device including the ones at your home and make them dance to their tunes.

The situation is very similar to the 1990s when World Wide Web connected millions of homes and was prone to virus and cyberattacks.

So the hacks of cars is destined to come.

How Does it Work

Being connected means, the automobile or the airline has an on board computer that is connected to the internet. This also means, they understand the language used by the computers.

In cars, the key is to hack into the telematics unit of the cars. This is actually built to respond to drivers requests used to locate vehicles, unlock them or even start them.

The online activists find loopholes in the code, build malicious codes to take over the car’s control.

The experts have warned that the next wave of attacks might be delivering malicious softwares to the car and then offering to repair it in exchange for a ransom.

The chances of this reality is bright as cars sold today can communicate with the outside world. They have satellite radios, telematics control units, Bluetooth connections and dashboard Internet links.

Along with this there is an ever increasing demand for the number of connected devices. The only solution for the manufacturers is to provide regular security updates for the softwares of these devices.

But now the reality has set in and the work needs to done at a lightening phase to match the adoption of connected technology as well as the pace of the hackers.