Home » Wearables » Apple Dominates Smartwatch Market, But Can It Save This Product Catego...

Apple Dominates Smartwatch Market, But Can It Save This Product Category | TechTree.com

Apple Dominates Smartwatch Market, But Can It Save This Product Category

Three months in the game, and Apple is already dominating this product category. 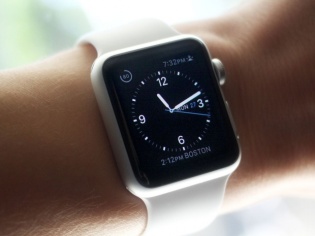 The Apple Watch is currently the market leader, and the Cupertino company's least loved product at the same time. The Watch was the first major product developed under the leadership of Tim Cook. The fact that he did not reveal the number of units sold indicates that the company is not very proud of the response its wearable has received so far.

In the latest quarter, Apple shipped over 61 million iPhones. If the research firm Strategy Analytics is to be believed, Apple moved as many 4 million watch units in the same period. This doesn't paint a rosy picture for the Watch fans, especially when some analysts were predicting that Apple's smartwatch will sell around 40 million units. Yet again, proving that most analysts are a bunch of morons.

If you put common sense to use though, it's easy to see that the Apple Watch has provided a much-needed push for the category that has been dragging for years. According to the data, in the second quarter of 2014, when Apple Watch did not exist, around a million smartwatches were sold. Off which over 7 lakh units were from Samsung. Giving the Korean company over 70 percent share of the market. Fast forward it to Q2, 2015, and Apple dominates the market with over 75 percent marketshare. What's more, Samsung that ruled the segment last year has seen its marketshare slide down to 7.5 percent

Apple has driven the smartwatches sales from a million in the Q2, 2014 to 5.3 million. That stands for the growth of 457 percent. Expecting a new product category to perform as good as Apple's cash-cow iPhone did not make sense. If you have to really compare the new product with the iPhone, look at the numbers of units the original iPhone sold in its first quarter. That's merely 270,000. SO, in reality, the Apple Watch has performed better than the iPhone in its first quarter.

Simply going by the numbers, Apple Watch seems like a flop. However, if you look at the bigger picture, Apple's Watch is the only thing that can provide a much-needed push for the stagnated smartwatch industry. This, however, does not change my opinion about smartwacthes being useless piece of hardware. Those who disagree with me can go and read why smartwatches are utter waste of money.