Will Sailfish OS Make Sense In This Android Crazy World?

Indian smartphone company Intex's Aqua Fish smartphone is announced to be the first smartphone with the latest Sailfish OS 2.0 on board. 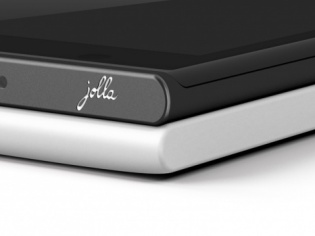 It looks like the home grown company Intex which is positioned at Number 3 in the Indian smartphone handset market has found a new boat to sail through. After its recent success with Android based smartphones under the Aqua series, the company is now trying to experiment with Sailfish OS 2.0 developed by the Finnish company Jolla.

While Intex Aqua Fish made its debut appearance in the MWC Shanghai 2015 event, the OS first made its appearance in MWC Barcelona 2015 with an enhanced UI, better multi-tasking, support for Intel architecture, and new software integration capabilities for partners. First seen on Jolla phone, Sailfish OS has been built over Python and is deemed as the most open-source platform available right now which features button-less, gesture-based navigation. This means that if you are working on a Sailfish based smartphone, you probably won't be seeing any physical buttons. It is a fully touch based operating system.

Another key feature of the Sailfish OS is that it supports Android apps, however, Jolla does not yet support Google Play Services.

While comparing Sailfish over other operating systems including the most popular Android, Sailfish OS comes with a modern UI and true multitasking with no pause on the whilst minimised.

Being a fully touch based OS, Sailfish seems to be more user friendly and very easy to use once the users get hold of the gestures.

Sailfish is also a very light weight operating system than others which offers more space to work on how to make it best suitable for the users.

Speaking about the Sailfish OS, it is based on MeeGo, the same OS that was last seen on Nokia's N9 smartphone. In fact, Jolla was founded by a group of ex-Nokia employees who were involved with the development of MeeGo based devices at the company. Apparently, while the Sailfish OS looks like a new name to you, it has a deep history. The OS is an evolved continuation of the Linux MeeGo OS which was previously developed by Nokia and Intel.

However, what sparks a thought is that, in this Android crazy world, many new operating systems go unnoticed and how would Sailfish OS 2.0 (which first comes with Intex Aqua Fish) be able to sustain itself in the market? Well, the answer mainly depends on the availability of apps.

As we know, Smartphones are all about apps and Sailfish OS 2.0 relies heavily on Android for apps at the moment. While there’s nothing wrong in that, Jolla will have to make sure the process of searching and installing apps is as easy as it is on Android.

Another key point for Jolla's success is how manufacturers execute key function in Sailfish OS devices.

While Sailfish OS 2.0 looks quite interesting, having it as your primary smartphone might make it a little less useful as of now due to incompatibilities and the lack of Google Play.

However, the company has been encouraging developers to develop apps specifically for Sailfish OS, yet it's going to take a lot of time to get where Android and iOS app stores are at the moment.

While Blackberry Z10 came with lots of promise, common but important functions such as the navigation, camera functions and customizations were not very polished. If Sailfish manages to nail these key areas, there’s a good chance for it becoming a viable alternative, though its dependence on Android for apps means it will have to accept a secondary status to stay relevant to consumers.

Sailfish OS is a Linux based open source operating system which might prove a worthy alternative to Android pretty soon if things cook up positively and apps are developed at the earliest.