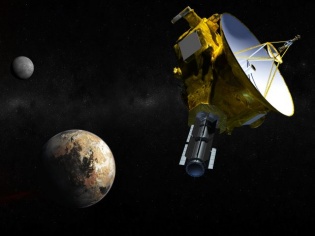 Just a few hours ago, NASA's New Horizons space probe flew by Pluto. It is the first probe to reach-out to the second massive dwarf planet in our solar system. Flying close to Pluto, New Horizons took detailed photographs of the celestial body and have already started beaming them back home. Obviously, all this didn't happen overnight. So lets check out some of the hurdles, highlights and interesting facts about NASA's Pluto mission.

It Took Nine Years To Reach Pluto
The New Horizons probe was launched in 2006. Preparations go back to early 90s. During its approach to Pluto, the probe had variable speeds. It is mostly quoted at around 50,000 km/h. At such high velocity, New Horizons took nine years to reach Pluto because the distance between the dwarf planet and Earth is about 7.5 billion km.

Nobody Knew The Exact Orbit Of Pluto
Being far away, Pluto takes 248 Earth years to complete its orbit around Sun. Since its discovery in 1930, Pluto hasn't completed its orbit yet. That will happen in year 2178. So while setting journey path for New Horizons, scientists had to predict Pluto's position in 2015 based on whatever limited data they had. To make things tricky, out of its five natural moons, Charon's gravity affects Pluto's orbit. Rather than simply orbiting around Pluto, Charon swings it somewhat like a ballroom dancer.

Jupiter's Gravity Assist Was Vital
With Jupiter's gravity assist, New Horizons achieved the speed of 83,000 km/h at one point in its journey. In gravity assist, gravity of a planet is used to alter the speed and path of a spacecraft. The phenomena is best explained by Angry Birds Space game. This planned manoeuvre reduced the journey time by around three years. First Detailed Picture Of Pluto
Decades after its discovery, we never managed to get a real photograph of Pluto. Even the mighty Hubble space telescope could manage so far looks like a pixelated circle. Let's not blame Hubble though, it was meant to discover the far objects and not our solar system. Without further ado, here's the first image of Pluto sent by New Horizons. 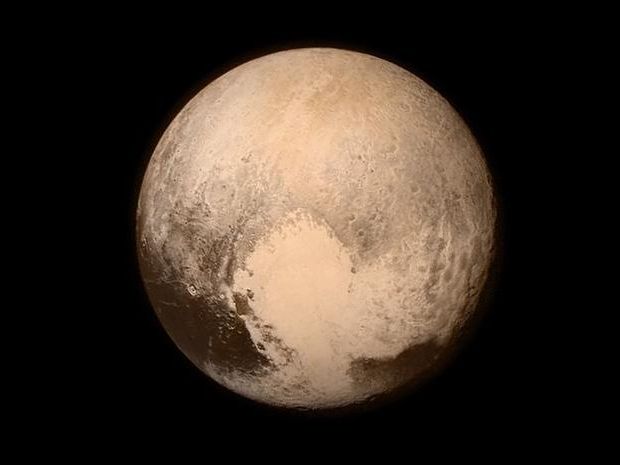 Data Transmission Speed Is Incredibly Slow
Wondering why NASA hasn't published more images? Well, that's because they haven't received much data due to the slow data transmission speeds. New Horizons can transmit NASA's 250 bytes (0.2 kilobyte) per second over NASA's Deep Space Network (DSN). On a related note, ISRO also relayed data over DSN for its Mangalyaan mission. It is estimated that scientists will have to wait till late 2016 to receive all the data gathered by the probe. Suddenly, your office Internet connection doesn't seem so bad, does it?

New Horizon's Specifications
Like the mission, the space probe's hardware is interesting too. It looks a lot like the Ulysses craft sent in early 90s. New Horizon weighs-in at around 478 kilograms. It is size of a piano. Onboard instruments are as follows: Since it is travelling far away from the Sun, it relies on nuclear energy for power. Scientists predict that New Horizon will be active till 2026. After getting a gravity assist from Pluto, the craft will observe Kuiper Belt objects.