Will Microsoft Shut Down Mobile Business?

It looks like Microsoft will incorporate its mobile business into the existing ecosystem with the help of Windows 10, which will be launched on July 29. 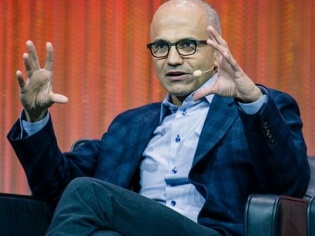 Yes, Microsoft has finally done it.

Struggling in the mobile phone business ever since the takeover of Nokia, the company is scaling down its mobile phone activities.

The company announced that up to 7,800 jobs will be cut and most of them will be in the phone business. Last year Microsoft cut more than half of the 25,000 staff who joined from Nokia.

This move doesn’t mean that the software giant is looking to shut down its phone business. In future we are unlikely to see Satya Nadella-led company to build a standalone mobile phone business.

"I am committed to our first-party devices, including phones," Microsoft CEO Nadella said in a statement Wednesday. "However, we need to focus our phone efforts in the near term while driving reinvention. We are moving from a strategy to grow a standalone phone business to a strategy to grow and create a vibrant Windows ecosystem that includes our first-party device family."

Remember Nadella’s mantra has been ‘mobile-first, cloud first.’ So Microsoft moving out of mobile phone business is ruled out.

There are indications that it will be integrated into the Microsoft ecosystem. This gels well with the news that the company is about to launch the Windows 10, with which it is looking to run apps across all devices.

Set to be launched on July 29, the latest version of OS is expected to bring unifying experience among computers and mobile devices.

With this new approach, Microsoft is hoping that consumers who like Windows 10 on their PCs will also be drawn towards the Microsoft mobile phones that run on the same software. Remember that more than 90% of the desktops runs on Windows.

There are indications that the company might follow Apple by releasing only a couple of models every year. This might also result in cutting down on a lot of present Lumia models.

One has to agree that Microsoft hadn’t been able to make much inroads into the mobile phone segment dominated by Apple and Android. Microsoft couldn’t get out of the single digit with just 2.5% of market share.

So surely it required some drastic step to revive the fortunes. Whether Nadella will be able to hit the right chords amongst the users with this new strategy. We will have to wait and watch.