Find out what else Samsung does apart from making chips to ships. One of the biggest conglomerates in the world, Samsung is mostly known for its smartphones, TVs, and home alliances. The company has a interesting history. It was founded by Lee Byung Chull in 1938. Back then, it was a trading company with 40 employees dealing in grocery products. Fast forward it today, and Samsung now has more employees than Apple and Microsoft combined. Surprised already? Well, get ready for more.

1. Samsung's First Flagship Product Was Noodles
The first product Samsung sold under its brand was noodles. Here's the original logo features on the product. In case you're wondering, Samsung means 'three stars'. 2. Samsung Constructed Tallest Buildings In The World
The tallest tower in the world, Burj Khalifa was built by  Samsung Engineering and Construction Company. Not just that, the Korean company was also involved in the Taipei 101 and Petronas Twin Towers projects. 3. They Make Cars
In South Korea, you can buy Renault Samsung Motors. Although the majority stakes are with Renault, and the business doesn't seem profitable, you can say that Samsung has presence in auto business. 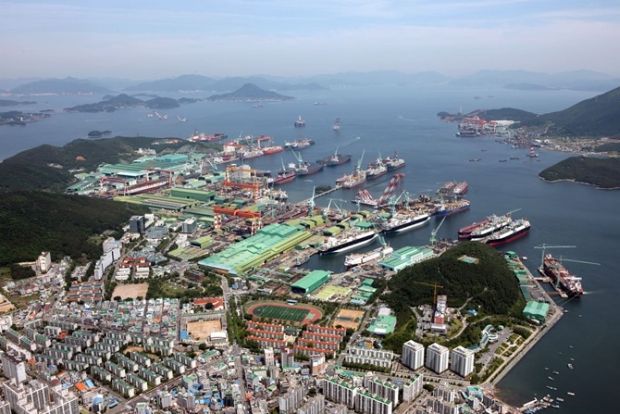 5. Owns A Theme Park
Everland is the biggest theme park in South Korea. Going by last year's data, it attracts over 7 million visitors every year. The park is owned by Samsung Everland (Cheil Industries), which is controlled by Samsung Group.