IEEE Provides A Chance To Win A PS4 Console | TechTree.com

IEEE Provides A Chance To Win A PS4 Console

WIth right answers and luck on your side, the 8th gen console can be yours. Did you know that the first commercial video game console launched in 1972? Manufactured by an American brand Magnavox (now owned by Philips), the console was dubbed Odyssey. That's well before Atari introduced its Pong machines.

These were the first generation consoles with lines and circles as an excuse for graphics. Fast forward it today, and games are blurring the line between CGI and real world. Much of the credit goes to the powerful hardware of eighth generation consoles such as the Sony PS4 and Microsoft Xbox One.

If you are interested in knowing how consoles evolved, head over to this elaborate timeline created by IEEE. While you are at it, there's also a chance for you to win a PS4 by answering some wacky questions such as "Where is the pause button for the Sega Master System located?"

If you are a gamer with good knowledge of your hobby, give it a try. 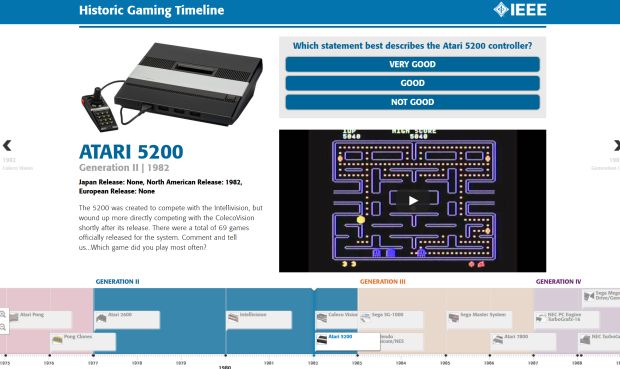