Home » Internet » Travails Of A Traveller

Travails Of A Traveller 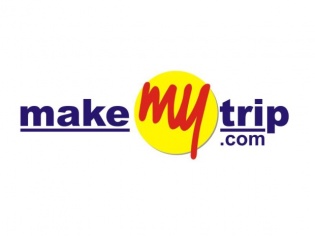 Two years ago, I lost $965(approx Rs 60,000), a flight in which I was booked was cancelled from New York to London. After getting no help from MakeMyTrip (MMT), I had to re-book on another airline.

The refund process became a ping-pong game between MMT and Air India (the airline in question). Finally, MMT washed its hands off the whole thing, asking me to contact Air India directly. And I still haven't got my refund, despite meeting Air India in person, sending the documents many times, and so on.

Cut to two years later, March 2015. Once again, I decided to book my ticket online and went to MMT. After selecting my flight, I am directed to the payment page. After doing part payment using some points, I was expecting my OTP (one-time password) for the balance payment. At this point, I got a call from an MMT agent. I tried telling her that I was anyway making the payment, but she insisted that I should open another window and go through the process there.

I did so. On the (new) payment page, I was asked again to make the full payment. When I informed her that I already paid 15% by redeeming points, she nonchalantly told me that the same would be credited back, and I should make the payment here (not the balance payment, mind you, but the full payment!)

Now starts the trauma. Their call center is woefully slow, the instructions slower still... I had to wait for a full 13 minutes before someone came online. I gave all the details, and then she cheerfully told me that she could help, but would transfer the call to someone else. This someone else came on after a while, and told me he would transfer the call to yet another person. When I remonstrated, I was told, “Okay, someone will call you”. No one did.

The problem is, MMT is a listed entity and there is no way you can reach out to any supervisor. Their website has a 'write to management' link which returned a "500- Internal Server error" meaning that the link doesn't exist. They really did not expect anyone to write to them.

In the meantime, my ticket prices would go up, my points that I redeemed are lost somewhere in the labyrinth of MMT technology, and I’ve got my blood pressure up.

The most irritating part of the whole episode is that even when your problem is not solved, the call center person will read his/her script "is there anything else I can help you with". You feel like wringing that person's neck. But then, technology does save some people.

The Aftermath
I finally reached out to MakeMyTrip’s (MMT) founder and CEO, in April. And MMT made good.

Not only was it extremely proactive about the new problem, they went out of their way to try get me my two-year-old refund. MMT’s senior support exec Vijay Prasad got in touch with me and continues to be in touch with me on mail and phone, along with Geeta Eral, who has been in touch with Air India to try and get me my refund of around $ 1,000. Appreciated.

I have been lately been active on several travel websites and their customer support activities. In retrospect, I find that MMT is actually quite good. I found that the average time spent trying to rebook a ticket was a fairly quick 3:30 minutes, compared to over 5 minutes for some competitors. For one particular competitor, it was a whopping 18 minutes, during which time, I even got to memorize their music!

While the issue with MMT has been sorted out, the bigger issue here is how can companies such as MMT manage airlines like Air India. I mean, for people who have been affected by such experiences, the easiest option is not to travel by AI (if there is a choice). However, that cannot be the only option. We have to create institutions which will give speedy justice to the traveller. I should not have to scream, rave, and rant at MMT for something that the airline has done. However, in this transaction, the intermediary does ends up taking the flak.

I am still waiting for the day when Air India gives me my money back, and who knows, I might get to see it in my lifetime.

L Subramanyan is founder of Trivone Digital Services, publishers of TechTree and other properties.