MWC 2015: Underrated Gadgets From The Show We all know that the hottest gadget category right now is mobile phones. That said, innovations in this segment seems to have reached the saturation point. In this year's MWC (Mobile World Congress), the most talked smartphone was the one with a weird edge display on sides. Wow! I'm still wondering how practical that would be in real life. No need to lose faith in humanity though, as a few brands did launch sensible or at least interesting products, but did not get the attention it deserved. Here's a quick look at some of them:

SanDisk's 200 GB Memory Card
A few year's ago, 80 GB was the standard capacity of your tower computer's hard disk. That was the time when, 4 GB memory cards were a big deal. Sooner than one would have anticipated, 32 GB cards became a reality. Come 2015, and the American flash storage company SanDisk showcased a tiny microSD card that holds up to whopping 200 GB of data. The class 10 card comes with 10 years of warranty. Say goodbye to portable hard drives. 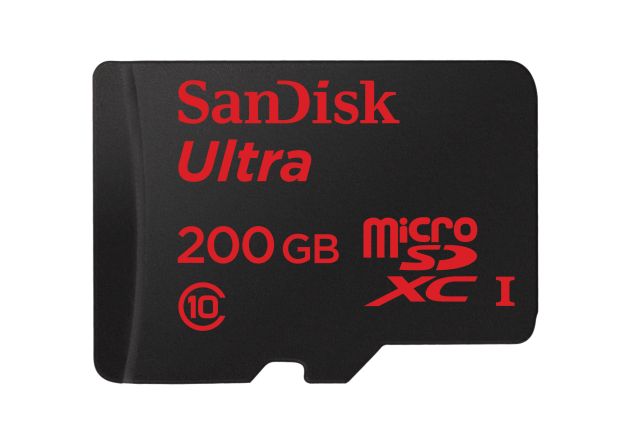 Microsoft's Folding Keyboard
Many people have switched from laptops to tablets. While the computing devices are becoming portable each passing day, keyboards haven't changed much over the years. Finally, the software-giant Microsoft has unveiled a keyboard that complements today's sleek tablets. Much like the Surface keyboard, this new product is impressively thin. The best part is that it you can fold it and slip in a bag or purse. The keyboard is compatible Android, iOS, and Windows. Priced at $ 100, it will hit the stores in July.

HTC Vive Virtual Reality Headset
This is not just another virtual reality headset from a smartphone manufacturer. HTC has been building Vive in conjunction with Valve, a company that didn't only develop games but shaped the gaming industry with titles such as Half Life and Portal. Valve is also single-handedly responsible for keeping the PC gaming alive with its Steam content distribution service. Although still in its development phase, the VR headset is so good that the chirpy guy Carlos Rebato at Gizmodo said that the Vive is so damn real I can't even handle it. I believe him, and looking forward to Vive's release in the Q4.