Here's what to expect at Samsung's 'Unpacked' event next week. 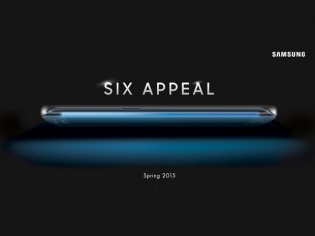 Every year, Samsung unveils its flagship smartphone filled to the gills with features. This time around, the date is set to March 1. At the 'Unpacked' event, Samsung will showcase its latest and greatest in the mobile space. Wondering what's in the store for us tech aficionados? Here's our guess based on numerous leaks and rumours:

Screen
Samsung is king when it comes to the smartphone screens. The company would not hold back anything when it comes to the upcoming top-end S series phone. The S5 had a brilliant 5.1-inch Full HD AMOLED screen. So I'm bet the S6 will sport a pixel-packed Ultra HD screen with resolution of 1440x2560. The panel type will remain the AMOLED. For years Samsung has been increasing the screen size of its flagship phone. This year, it will be interesting to see if the Korean-giant blurs the line between the S series and Note series by unveiling a 5.3" or 5.5" GALAXY S6.

Metal Body
The first GALAXY series phone to sport a metal frame was Alpha. As its name suggests, it served as a test device for Samsung's designers to get comfortable with a metal chassis. After checking out the recently released GALAXy A3 and A5, I think Samsung is ready to deliver a top-end metallic smartphone. Don't get your hopes too high though, as there would be no significant change in the design language.

20 Megapixel Camera
When you talk about smartphone cameras, Lumias and iPhones come to your mind. Samsung would want to change that with its upcoming phone. To please the shutter-bugs, the South Korean company will bump-up the megapixel count from 16 to 20. To compete with Lumias in low-light, the S6 may also feature OIS (Optical Image Stabilisation). Considering the hype surrounding selfies, you can expect a 5 megapixel front-facing snapper.

Two Models
In the Note series, Samsung has two flagships - Note 4 and Note Edge. The latter has a display on its edge. Nobody (including Samsung) has figured its usefulness yet, but it looks futuristic. Hence, there's a good chance that Samsung will replicate that strategy in the S series. Samsung may release the GALAXY S6 and GALAXY S6 Edge. The S6 will be a conventional successor of the S5, while the S6 Edge will showcase the best of Samsung to the world. A few rumours also suggest that the S6 Edge will have edge display on both sides.

Beefed-Up Processor
Save for the last handset, Samsung flagship phones come in Qualcomm and Exynos flavours. In India, we mostly get Samsung's in-house Exynos SoC (System on Chip) based version. Qualcomm-powered variant goes to the US. This time around though, the reports suggest that Samsung may entirely ditch Qualcomm's chip due to some heat-related issue. So expect to see the much-hyped octa-core Exynos 7420 in the Samsung GALAXY S6. RAM will likely to be 3 or 4 GB.

Miscellaneous
The new phone will be Ingress Protection (IP) certified. This means that it will be water and dust resistant. There will be a fingerprint sensor. In the latest iteration, its implementation will be closer to what we get on the iPhone. Like most flagship phones these days, the S6 will support a nano SIM card. Samsung may implement in-built wireless (induction) charging option. Last, but not the least, it is likely to run Android 5 with TouchWiz UI on top of it.