Most Interesting Gadgets From CES 2015 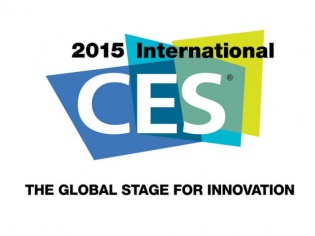 CES (Consumer Electronics Show) takes place annually in Las Vegas, United States. It hosts around 3500 exhibitors ranging from start-ups to big evel corporations. It is said that it attracts close 150,000 attendees from all over the world. For years, this show has been dominated by smartphones, tablets, and TVs. However, this year most interesting products did not belong to any of the aforementioned categories. Without further ado, let's have a look at some of the products that got us excited:

Rotimatic
I enjoy all cuisines, but nothing beats our "roti and sabji". For centuries, cooking this Indian flat bread required skills and at least a few hours training. In fact, making perfect dough was also a tough job. Not any more though, thanks to the Rotimatic device designed by Zimplistic's Pranoti Nagarkar. Feed flour, water, and oil to this machine, and it prepares "rotis" in only about two minutes. It can hold enough ingredients to make 20 "rotis". The gadget also has controls to tinker with thickness, oil content, and roast level. The product is currently available for pre-order. First 1000 customers will get the product for USD 600. Later, it is expected to sell for $1000. Wondering why is this product on top of our CES list? Well, because food is important.

Intel Compute Stick
With the line between PC screens and TVs blurring, Intel has come-up with a gadget that can turn any screen into a desktop. Showcased at CES 2015, the Compute Stick looks like a streaming device, but is a lot more than that. The device runs Windows 8.1 and works right out-of-the-box. It is powered by quad-core Intel Atom processor and has 2 GB RAM. You get 8 GB onboard storage. You can expand it with via a microSD card slot. The stick also comes with USB port and Bluetooth 4.0 support for connecting keyboard/mouse. It's expected to cost $150 (Rs 9500). Energous WattUp
In recent times, Palm Pre was the first company to demonstrate wireless charging in 2009. Later, Nokia made it popular with the launch of Lumia 920. Although convenient, this wireless (induction) tech still required the gadget to be in direct contact with the charging pad. Now finally, Energous seems to have managed to deliver truly energy transmission solution, very similar to how the brilliant innovator Nikola Tesla envisioned it in the past.

Energous' WattUp uses Bluetooth, RF, and a lot of new technologies to charge devices from up to 15 feet. For compatibility, the receiver gadgets need to pack-in a certain chip. Or modified battery cases can be used for existing devices. The WattUp looks really interesting, but I'm not sure how safe it is to have electric transmissions going all around you. Levitating Bluetooth Speakers
Air 2 caught a lot of attention at the CES 2015 with its Floating Wireless Bluetooth Speaker. This portable speaker accompanied by a pod levitates due to the clever use of magnets. Really strong magnets! The idea is simple — like poles repel. So apart from blasting music on your desk, Air 2 speaker will double-up as an effective conversation starter. Apart from Bluetooth connectivity, you get AUX support too, but then don't expect it levitate properly. The product is already up on grabs on Amazon US for $200 (Rs 12,600).