Home » Mobiles » Hands-On: Samsung GALAXY A3 And A5

Hands-On: Samsung GALAXY A3 And A5 Last year, Samsung was busy with its "premium" phones such as the GALAXY S5 and Note 4. So much that, it hardly had anything significant in the mid-range segment except for the GALAXY Grand 2. This year though, the Korean company seems to have decided to focus on the mid-range smartphone market. 2015 has just started and the company already has four devices up its sleeve — Samsung GALAXY A3 & A5 and GALAXY E5 & E7. Out of the lot, let's have a look at the A series phones.

Design
Among the newly announced phones, the A3 and A5 are targeted at style conscious people. It is good to see metallic phones from Samsung that are not priced exuberantly. Although these are not top-end devices, Samsung has not compromised on the build. Especially, the detailing achieved with the aluminium machining is amazing. The precision of curves and cuts can be compared to Apple and Nokia's craftsmanship. Both handsets feel good to hold. Especially, the A3 with its 4.5-inch screen is very handy. 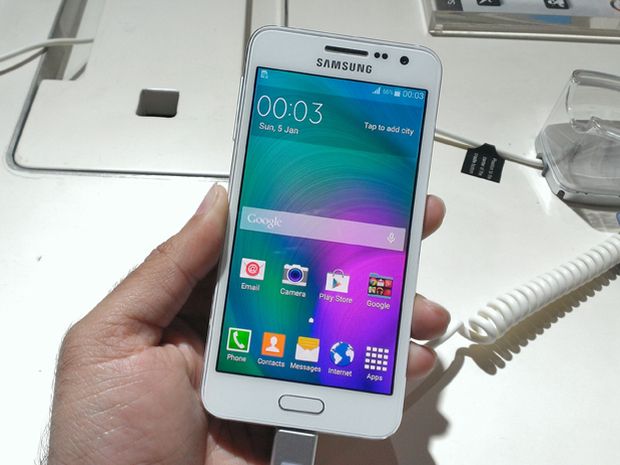 Those expecting a complete aesthetics overhaul from Samsung will be in for a disappointment though. These similar looking phones share the good-old GALAXY S II's design language. In fact, it wouldn't be wrong to call any of these phones a GALAXY S II with metal body and beefed-up specs. With metal unibody, these phones are incredibly slim — A3 6.7 mm and A5 6.9 mm. At 110 and 123 grams, these phones are light too. These devices will come in Pearl White, Midnight Black, and Champagne Gold. 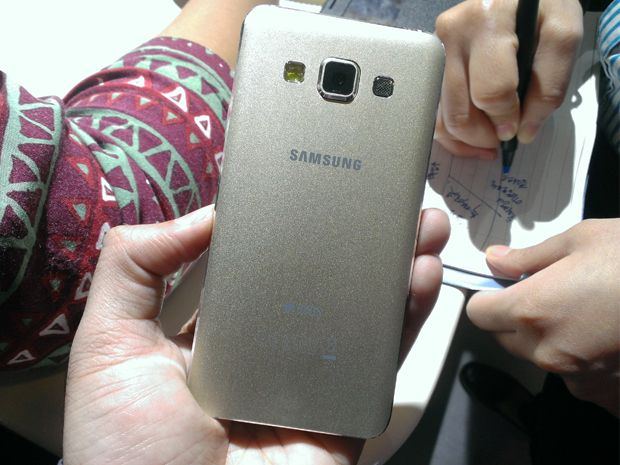 Screen
One of the biggest difference between the A3 and A5 is the screen size. The A3 sports a 4.5-inch AMOLED screen with 540x960 pixels. The other one packs-in a 5-inch HD AMOLED screen. While not very sharp, these panels offer vibrant colours. The black levels are also outstanding.

Specifications
The A3 and A5 are powered by the latest quad0-core 64-bit Snapdragon 410 chip clocked at 1.2 GHz. The A5 has 2 GB RAM, while the A3 settles for a Gig. Both have 16 GB internal storage and a microSD card slot.

Software
On the software front, you get Android 4.4. As usual, the top layer is marred by Samsung's TouchWiz customisation. It is still as garish as I last visited it during the S5's review. It is worth noting that Samsung has added the theme support. This means that if you don't like the UX elements, you can change them completely by applying another skin. Unfortunately though, all the available themes reinstalled on the phone were equally tacky. 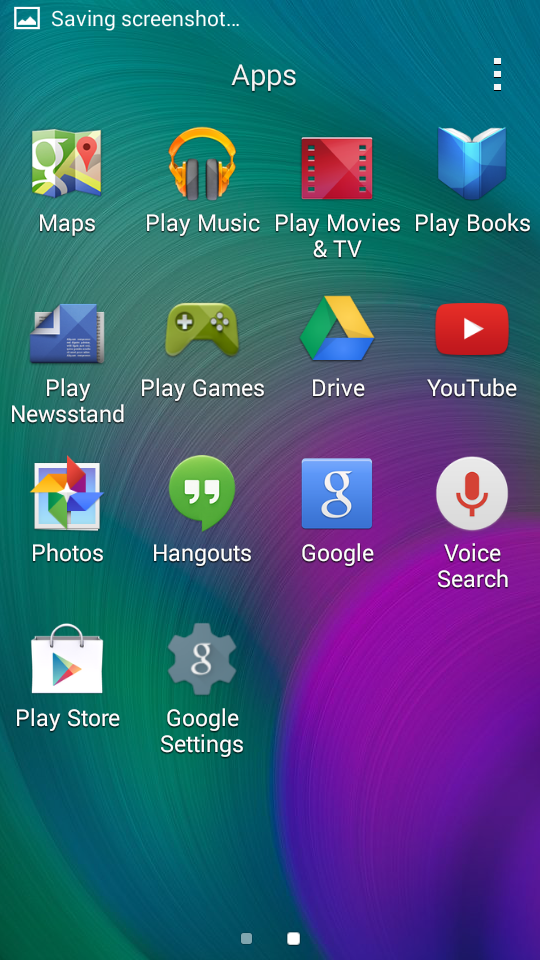 On the bright side, the A3 and A5 showed no sigh of lag during the brief time I spent with them. I cannot comment on the camera quality though, as like most event venues, lighting conditions we not ideal. Both the GALAXY A3 and A5 will go on sale in the coming week. These handsets are price at Rs 20,500 and Rs 25,500 respectively.