Music helps one relax and if you can catch it on the move then there is nothing like it. 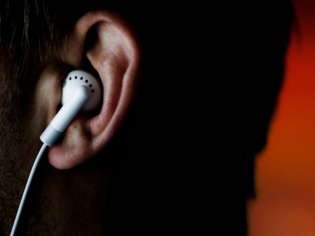 Gone are the days when one would listen to the favourite music on the CD or MP3 players. There are plenty of apps to help you listen to your favourite playlists on the move.
With the increasing number of subscribers, the Indian scene has plenty of new entrants into the music streaming sector.

Today we will be introducing the Top 5 music streaming apps which are available in India. This is one of the most popular apps for listening music and the Gaana platform has a good collection of Hindi and English music. Gaana offers you free, unlimited access to all your favourite songs. In the free version you can only play the songs, but if you are ready to pay then you can even download them. The only drawback is that you need to be in good 3G coverage or high speed Wi-Fi area. Wynk is a new player in the game of music streaming, but the app looks pretty promising. There is a lot of Bollywood music, old Hindi songs, International hit songs and is easily discoverable through Wynk’s curated playlists. The company behind it Bharti Airtel claimed that the app has crossed 100K download within 4 days of the launch. On iOS, Wynk offers unlimited downloads at Rs. 60 per month which is almost half the price offered by competitors. 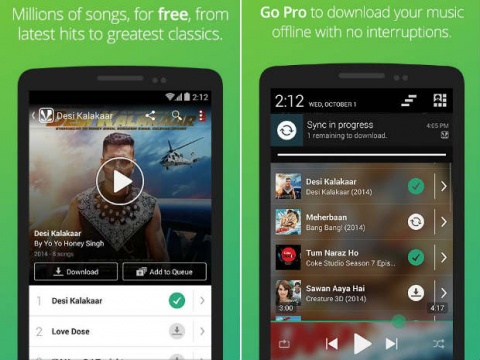 One of the music streaming apps that most Indians are familiar with. Huge collection of songs, including Bollywood hits. Other than Hindi and English, you can listen to songs in Tamil, Punjabi, Marathi, Gujarati and other Indian regional languages. Saavn has also got the feature to play your favourite music offline and you can give a try for free for 30 days. It is one of the new apps out there and has some pretty good features like automatically download a song for listening offline whenever you stream a song, but this feature is available for only Pro users. Also, there is a different way to find out music. Just select your mood and the app will recommend songs. This feature works pretty well, but the music library is small in Hungama and it consists of only recent songs. If you phone doesn’t have a built in radio, you can use this to listen to the online radio stations from around the globe. Listen to the world’s largest collection of sports, news, music and talk radio. There are thousands of radio stations and probably millions of music to choose from.