4DX might be the future, but disappoints in its current form. 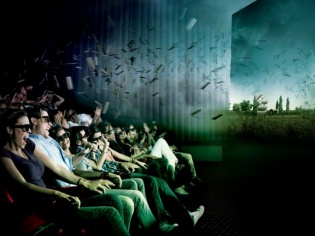 Our regular readers would know that although I spend most of the time reviewing mobile phones, I have opinion about everything. When I received an invitation for the 4DX screening at Cinepolis, I couldn't resist it. For those not in the know, 4DX has nothing to do with the 4th dimension. No one is going to bend the time there! 4DX is simply a marketing term for cinema screening technology developed by the South Korean company 4DPLEX. In this context, 4DX stands for added element effects such as wind, rain, smoke, lightning, and scent combined with interactive chairs, to enhance the movie experience. In simple words, it's very similar to those small 4D, 5D, 6D screens you find in city malls (give and take a few effects). In Mumbai, you can experience such 15 minute films for as little as 90 rupees. And trust me, it's pure fun. So ideally, watching a full-length feature film should be double the fun. The expectation went higher when I learned that Cinepolis is screening The Hobbit: The Battle of the Five Armies. After all, Peter Jackson, the guy behind The Lord Of The Rings Trilogy cannot do anything wrong! To my dismay, The Battle of the Five Armies didn't meet the standards set by the Lord Of The Rings Trilogy. Since it's not a sci-fi flick, I will focus on the screening tech instead. A few minutes in the movie, and I felt that something is not right. The 'motion effect' seats started rocking in a scene with no action element at all. Initially, I thought that they might just be testing the equipment. But, no! This thing kept on happening throughout the show. To give you an idea, it feels as if a person behind you is continuously kicking your chair. The worst part is that instead of slapping him hard, you are paying premium (not in my case though). 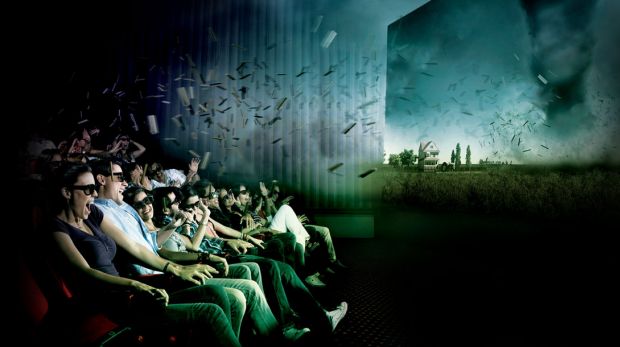 I'm not sure if Cinepolis uses hydraulics or air pressure for motion seats, but one thing for sure that the system is noisy. You might not complain about it during the chaotic battle scenes, but mistimed shakes make it difficult to catch dialogues. In Hobbit's case, I shall not crib much, because the dialogues were poorly written. So the less you hear, the better. The lightning effects looked decent. Instead of recreating the breeze, the air effects felt as if someone held a hair dryer near my face. The chair is capable of simulating aircraft like effect, ideal for areal shots. However, this effect was hardly used during the screening. So overall, as opposed to my expectations, I was not impressed by 4DX.

After the screening, I gave an honest opinion. Cinepolis representatives took the feedback positively. During the conversation learned that the 4DX programming is done in South Korea. Once the 4D conversion is agreed upon, the QT file goes to Korea. There, "experts" decide where to activate certain effects. In The Battle of Five Army's case, this data was completely out of sync. Below I have posted their work-flow. In the image, I have given a suggestion to make it better.

Ever experienced mismatched subtitles while watching a movie on your phone? Now, imagine that on a larger scale with physical effects. Yes, that's how bad it was. I'm not against the technology. In fact, I'm fond of HFR (High Frame Rate) tech introduced with the first Hobbit movie (shot with Red's Epic cameras). Similarly, I have high regard for Dolby Atmos (amazing sound) and IMAX screens. I guess we all get annoyed if the technology is not used properly. Thankfully, people at Cinepolis are already working to get this issue sorted with their Korean partners. Once, that is done, I wouldn't mind giving it another go.