Old-school laptop with a twist of a touchscreen. Transforming laptops are not new. We have already seen laptops with swivel and fold form-factors. Some of them, even come with detachable screens. However, such products mostly belong to the Ultrabook segment. So, Asus decided to build a 15.6" full size notebook with a 360° rotating touchscreen. Like good-old notebooks, it also comes with an optical drive. While it's still being tested for the full review treatment, here's what are initial thoughts about it. 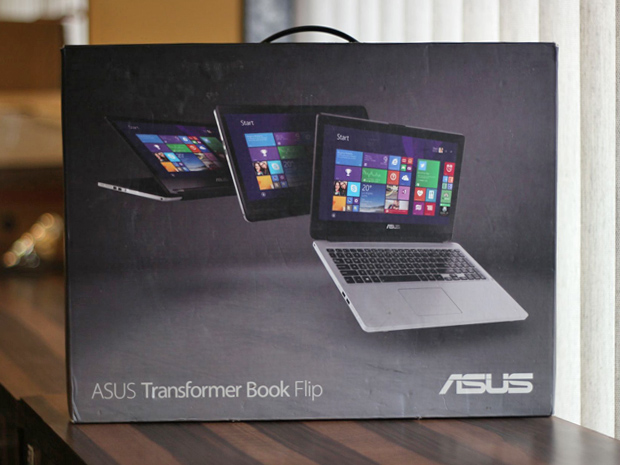 Design
In a world where laptops are getting slimmer each passing day, Asus' Book Flip goes in the opposite direction. It's big and packs in all the port and slots you could think of. The lid has nice brush metal finish to it. The back is made of sturdy plastic with matte feel. The keyboard and trackpad area looks metallic just like the Macbook. However, it's made of plastic with metallic coating. The keyboard is chiclet type with enough spacing between the keys. The company has also managed to squeeze in a Numpad. A turn-off here is that the keys are not backlit. This touchscreen computer's hinge is designed in a way that it can rotate in almost 360 degrees. This way, you can also use it as a tablet — a giant-unwieldy tablet. It's more comfortable as a laptop though. Although the official product page claims that the laptop weighs in at 2.1 Kg, it feels heavier than that.

Display
The laptop features a Full HD touchscreen. The touch response great. It supports up to 10 touch pints. The panel is undoubtedly sharp. However, it's colour reproduction is not that great. That's because it's not an IPS-type screen, we are so used to see on tablets. Brightness is also lower when compared to other similarly priced computers. Moreover, it's highly reflective, which is quite annoying, unless you like to see yourself in the mirror too often.

Software
The Book Flip run Microsoft Windows 8.1 (Single Language) 64-bit version. The 'WinTel' combo is ideal for office work. The RAM is more than enough to let you multitask between popular apps such as Photoshop, Office 365, and Opera browser. The touchscreen works perfectly in the 'Metro' UI mode. However, probably due to the sheer size of the machine, I'm more comfortable using it as an old-school laptop. Obviously, I will give it more time to convince me use it in the Tablet mode and Tent mode. 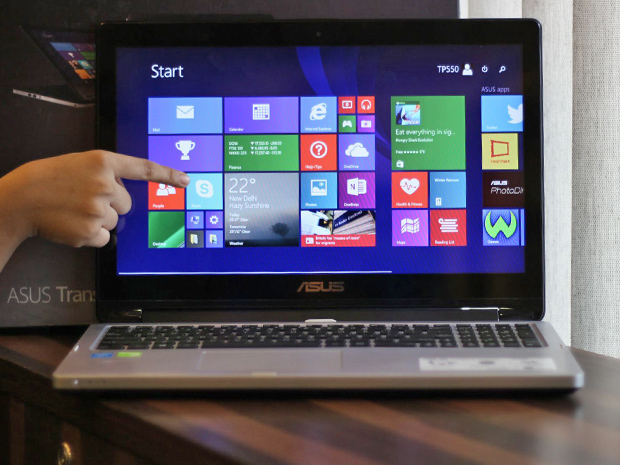