Is Motorola curtting too many corners for its budget smartphones? 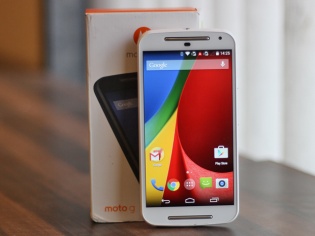 The Moto G (2014) is a good budget smartphone. It offers pleasant user experience. it's also good for gaming and multimedia consumption. For Rs 13,000, it does offer value for money. However, after using it extensively, I noticed that the phone doesn't live-up to Motorola's name. A few years back, people used to swear by Motorola's industrial designs. Being taken over by a Chinese brand Lenovo could be a possible explanation behind this. Let's face it, Chinese companies don't care about attention to detail. The first issue I came across is the LED bleeding. Obviously, it can only be detected in the dark. Especially, while watching movies late in the night, you can see the LED light bleed where the glass panel meets the body. To make sure that it's not a one-off incident, I checked three more Moto G smartphones. All of them were plagued with the same problem. For your viewing pleasure, I have attached the images highlighting this issue. Pardon the bad quality photographs. I didn't have access to DSLR at 3 am. In addition to this, the gap between the back-panel and body is not uniform. This is something not expected from a company with so much history in industrial design. BlackBerry and Nokia might still be struggling in the market, but they still don't compromise on the quality. On the other hand, it would not be wrong to say that Motorola has started cutting too many corners for its budget smartphone.