With the launch of Digital India campaign, India seems to the most favoured destination for the tech giants 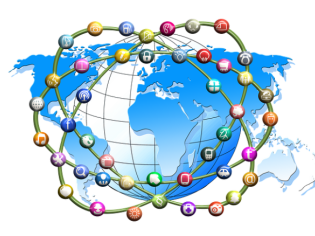 India seems to be the new battleground for most of the tech giants of the world. The lure to gain a slice of one of the fastest growing Internet base in the world seems to be too good to ignore and the latest race is to provide the last-mile Internet connectivity.

Microsoft is latest entrant into the race as it looks to make use of the white space between channels and most of it is owned by Doordarshan. The software giant has already submitted a proposal to the Department of Telecommunications and if it is approved, it may well have the advantage despite being a latecomer.

If you are wondering why everyone is suddenly interested in India, it is because of the Digital India campaign by Prime Minister Narendra Modi. The government has earmarked Rs. 1.13 lakh-crore for the project and this seems to be irresistible for the tech giants to stay away from it.

Let us look at some of the proposals

This is the unused space between two television channels and most of it used by Doordarshan. The biggest advantage is that it can provide coverage around 10 kms with a 200-300 MHz spectrum.

Unlike few other proposals, this technology is already tested and is ready to use. It has already been implemented in the US and in Singapore and is being tested in countries like Kenya, Tanzania, South Africa and the Philippines. If DoT gives a go ahead to this project, Microsoft will also be looking to use the infrastructure that is already in place, and has a great chance at becoming the leader in the last mile connectivity.

The idea is to have helium-filled balloons at high altitude to provide inexpensive internet access to inaccessible areas of the country. The general idea is this – to deliver Internet connectivity to the masses across a vast geographical domain thanks to a network of balloons that happen to float 20 kilometers high up. How do those balloons remain afloat? Stable atmospheric winds at different altitudes ensure that this is achieved, and here we are with additional information about Project Loon. The project has already tested in Campo Maior in Brazil and recently signed up with NASA to use their airfield for six decades.

Joining the race is Facebook CEO Mark Zuckerberg who is looking to provide connectivity using solar powered drones. The idea is to use Jumbo Jet sized solar powered drones that will be able to fly for years. The biggest advantage of this is that it is inexpensive and a pilot project will be launched in Seemandhra.

Not to be left behind HP too is keen to have a share in the Digital India and is discussing with the government on working on the project of smart cities. “IT giant HP is discussing ways it can work with the government in building smart cities,” Howard Bowland, Vice President & General Manger TS support, Enterprise Group in the Asia Pacific region, was quoted by Economic Times.

Meanwhile others like IBM and Cisco too have sown interest in being a part of the expected digital revolution in India.

Atleast for the time being India seems to be the most preferred destination for the tech giants and in all probability the next battle for supremacy will be played out in the country. It doesn’t matter who wins, India will surely emerge as the winner.