From Grayscale to Accesibility, here are some of the hidden iOS 8 features. 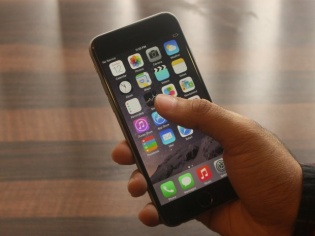 The latest iPhone comes with the iOS 8. The operating system is now scaled up the OS for the relatively bigger screens. It comes with plenty of refinements and new features. The notification area has become more interactive. You can reply a messages right from the pop-up notifications. Similarly, you can comment on social networks right from the notification bar. Apple has integrated new text prediction system QuickType in the default keyboard. Apart from this though, there are a few iOS features you might have not noticed, until now.

Grayscale
After Scott Forstall left Apple, Jonathan Ive was put in charge of the iOS development. Under his supervision, the iOS 7 became very colourful. So much that it can even give complex to rainbows. If you want a break from all these colours, you can turn your iPhone screen grayscale. For that, go to Settings. In General settings, you will see a a toggle for Grayscale. Switch it on, and watch your iPhone go retro. Reachability
As iPhones are getting bigger, they are losing out on the usability. Unlike the previous gen handsets, Apple's iPhone 6 and 6 Plus are not ideal for one-handed. Moreover, in Settings menu, the back button is placed at the top right corner of the screen. Since it's difficult to reach that part of the screen with your thumb, Apple has introduced Reachability feature. Double tap on the Home button and the interface elements slide down within the reach of your thumb. To enable this feature, go to Settings - Accessibility - Reachability. Display Zoom
The iOS 8 comes with refined icons with fine details. While it looks good, some may find it eye-straining. In such cases, Display zoom comes to the rescue. Prioritising utility over aesthetics, the display Zoom shows larger text and controls. You can select the display zoom by going to Settings. Strangely, it's listed under Display & Brightness controls. You can check out the difference between these two modes in the following screenshots. 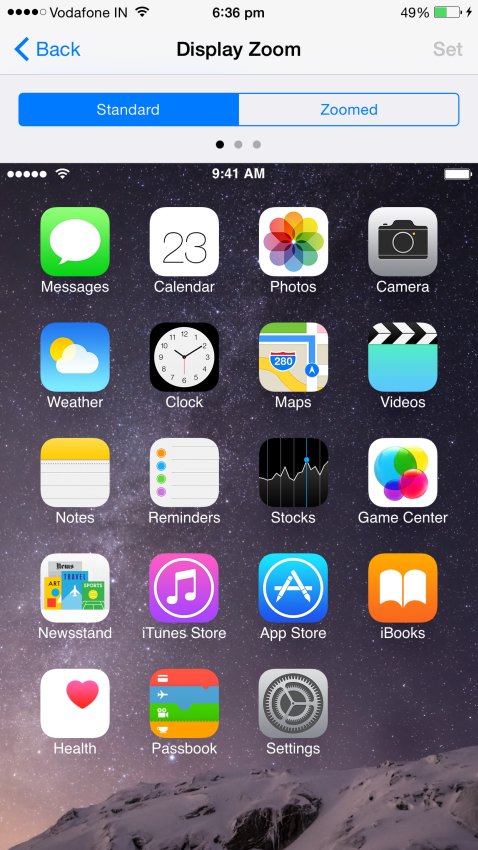 Reduce Transparency
There's no doubt that the transparency effect looks good. It makes the software appear cohesive. However, this fancy effect can hurt the readability of the screen in certain cases. To avoid that, head over to Settings, Accessibility, Increase Contrast. You will see a toggle to Reduce Transparency. Once you turn it 'On', UI elements appear clearer on opaque backgrounds. Just below that, you can see a 'Darken Colors' toggle. This feature does what it says. With darker colours, menu buttons and text becomes more prominent.