Motorola Acquisition: Challenges Ahead Of Lenovo

While the rewards are mouthwatering, Lenovo will have to get past some hurdles to reach it. 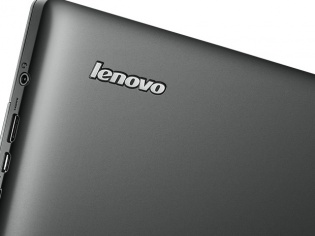 Now that Lenovo is officially the owner of the Motorola Mobility, there is going to be a change in the world order of the smartphones.

While the acquisition makes Lenovo the third largest smartphone makers, the Apple will surely be feeling the heat as it is in the danger of losing the number two spot to Lenovo in near future.

It all comes down to the mathematics now. Samsung is till the market giant shipping 78 million pieces, while Apple (39.3m), Xiaomi (17.3m) and Lenovo (16.9m) occupy the next three positions.

Now with the merger of Moto products, Lenovo-Motorola combo is expected to capture the third spot with 23 million shipped devices and with an 8% market share they will be closely behind Apple, who have a market share of 12%.

Lenovo may have set its sights on Samsung on a longer run that looks like being over optimistic, but remember Samsung’s sales has seen a negative growth, while Motorola’s sales is on a upward curve.

Advantages of the deal

Motorola’s Moto E, G and X have been received well in the market and even though the company is running under loss all it takes is a couple of good quarters to turn around the fortunes.

It will be a win-win situation for Lenovo as it can use Motorola’s brand name in the international market. At present most of its sales comes from its home country. Now with this merger they can make use of the existing distribution channel in more countries and more retailers.

Higher volumes can equal lower costs. While they can increase the market share worldwide, they both put together borrow more or spend more on the marketing and the R&D activities.

One of the biggest challenges is that the mergers of usually take years to integrate completely and it will all depend on how quickly Lenovo manages to do it. TCL-Alcatel took five years to stabilize and see growth.

Motorola might be improved their brand image and regaining the market share, but they haven’t made profit in the last four years. This will be a major concern even if Lenovo can enter the American and European markets without the fear of infringing patent rights as Motorola has plenty of them.

While Motorola is growing, Lenovo has been slowing down. The emergence of Xiaomi has hit them badly and from a 74% growth in Q3 2013, it was halved to 34% in Q3 2014. This may not be a good sign considering they buying a company leaking money.