Check out what has improved in Motorola's superhit smartphone. 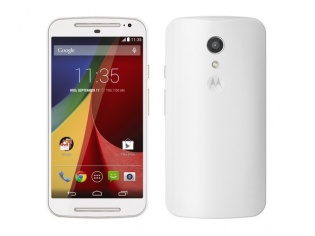 Motorola changed people's perception about budget Android devices with its Moto G. The mid-range phone offered latest Android for Rs 14,000 (16 GB version). The user-interface was quite smooth for an Android phone in its price-range. Needless to say, the phone was received very positively in India. Now after a year, the company has refreshed its successful phone to be relevant in the market. Let's find out what improvements does the new Moto G brings in over its predecessor.

Display
Since most teenagers refuse to buy a compact phone, Motorola has increased the Moto G's screen to 5-inch. Although the size has increased, the number of pixels remain the same. The Moto G (2014) offers an HD screen with pixel dimensions of 1280x720. To put things in perspective, the first gen Moto G has pixel density of 326 while the new one settles for 294 ppi. Since it's an IPS screen, you can expect good colour reproduction and wide viewing angles.

Design And Construction
The Moto G is one well built handset. What we didn't like much was its dated design. In Moto G 2014 edition we expect the same great build quality. However, based on press images it seems Motorola hasn't made any good design change to the phone. In fact, they have hurt the aesthetics by adding two front-facing speakers that are eyesores. While we don't expect something as refined as HTC's BoomSound speakers on a mid-range phone, but a little creativity wouldn't have hurt. 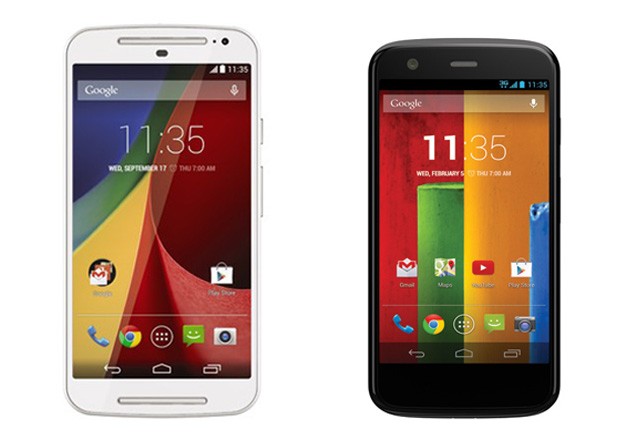 Firepower
The new Moto G packs in the exact same System on Chip as its predecessor. Both the phone are powered by Qualcomm’s Snapdragon 400 chipset. Based on ARM's Cortex A7 architecture, these processor are clocked at 1.2 GHz. The GPU (Adreno 305) and is another common factor among the two. Most tech enthusiasts were expecting Motorola to bump up the specs, but Motorola decided to go with 1 GB RAM, which we think is good enough for a mid-range phone.

Camera
The 5 megapixel camera has been one of the weakest point of the Moto G. Images shot with the first gen Moto G contain a lot of grain. Moreover, there’s no option to change the image quality in the existing software. Thankfully, Motorola has now added a an 8 megapixel snapper to the new Moto G. This should ideally elevate the image quality of the main camera. Motorola has also improved the front-facing camera to please the selfie-loving teenagers. You now get a 2 megapixel camera instead of the 1.3 megapixel module found on the previous model. Storage
Similar to its predecessor, the new Moto G comes in 8 and 16 GB version. The lack of microSD card slot was one of the drawback of the Moto G. Especially, in India, most buyers can't imagine any non-iPhone to ship without a storage expansion. Motorola has realised this and finally added a card slot that supports up to 32 GB of add-on cards.

Battery
Since the new Moto G has to power a bigger screen, we were expecting Motorola to increase battery. However, Motorola has decided to retain the 2070 mAh capacity. So if you're planning to buy the new Moto G, keep in mind that the battery life could be one area of concern.

User InterfaceMoto G supports the latest Android 4.4 Kitkat. The new Moto G (2014) will also ship with 4.4 Kitkat. According to Motorola, the recently launched phone will soon get the Android L update. Since both the handsets are powered by similar hardware, there's no reason why the first gen Android L shouldn't get this software refresh. So software-wise, there won't be much to separate the old and new Moto G.

Price
Usually, people expect the newer phones to be expensive than their predecessors. However, good guys at Motorola are selling selling the improved Moto G a grand cheaper than the original. Yes, the Moto G (2014) 16 GB version is selling for Rs 13,000 on Flipkart.com. I think Motorola had to price it competitively to take on Xiaomi and Asus in India.