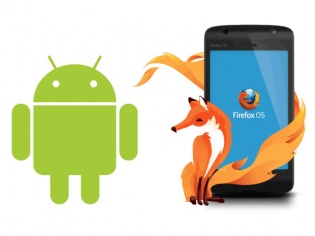 At present it looks like the big battle is taking place in the mid-segment of the smartphones. While the segment is already crowded, watch out for the entry-level segment which is set to witness the struggle for power.

While Android One devices from the arsenal of manufacturers are still awaited, there are indications that the next battle for supremacy will take place in the entry-level smartphone segment.

This may not be good news for some of the smartphone giants like Samsung. The Desi brands like Micromax, Lava along with international brands Motorola, Xiaomi and Asus have already grabbed a considerable share in the mid-range smartphone segment.

Compared to the higher priced segment, the entry-level segment is still growing where the stakes are going to be huge in future. According to International Data Corp., more than 70% of the cellphone users in developing countries don’t use smartphones, which means they are using feature phone.

The idea of the features phones users embracing smartphones is mouthwatering and this has pushed small players like Firefox to be the first players in the segment.

Despite the plans this is one of the untapped markets in India and there are indications that there has been a drop in the most favoured price segment. In a recent interview with Channeltimes.com , Flipkart revealed that the price has dropped from Rs. 10,000 to 6,000.

This is expected to change as the number of options in the entry-level segment grow, with the introduction of the Android One phones. The first devices are expected to come from Micromax, Karbonn and Spice, followed by latest entrants of the program - Celkon and Intex

As the brands fight amongst themselves, the bigger plot is the direct battle between the Android One and Mozilla’s Firefox OS.

Android One devices are still awaited in the market, while Firefox has already set the tone. In a surprising success, Intex managed to sell 15,000 units of its Cloud FX smartphone, priced at Rs 1,999, in just three days of the device's launch.

This reflects the segment’s potential; it should be noted that the company sold the phone only through Snapdeal.com and most of their sales came from the tier II and tier II markets. “About 70% of the sales took place in tier II and III markets. The device is a hit amongst the youth as maximum purchases were made by 18-25 year olds,” Snapdeal said in a release.

This might be good news for Android One, as Google is looking at the tier II and tier III cities to expand its user base.

With the dust settling in the mid and high-end smartphone segments, which cater to a niche market, it is the untapped entry-level market that will witness some of the fiercest price wars. For a few companies this market also holds the key to their survival.